019 is an artist collective running an exhibition, performance and work space in a former welding factory in Ghent.

hent-based artist collective Smoke & Dust embarked on their 19th project in 2013, occupying an abandoned welding factory at Dok-Noord. Funnily enough, this project simply titled 019 became so big in size and scope that it eventually engulfed the collective’s name itself. Though Smoke & Dust does still exist as a core organisation, this exhibition-cum-workspace came to be known by its adopted name, and so this initially temporary project continues to carry the torch for Ghent and Belgium’s contemporary art scene. Yet perhaps what is most exciting is their unlimited approach, allowing not only artists and photographers but also architects, graphic designers and publishers to become scenographers at 019. (The Word Magazine, 2019)

019 was never going to remain the only place we worked in. From the start, it’s been a laboratory that swings us into unknown directions, constantly sharpening our sense of improvisation and reinvention on the spot. For three years, from 2013 onwards, we made that old welding factory at Dok Noord in Ghent (Belgium) the focal point of our activities. People even started to identify the entirety of our collective, Smoke & Dust, with what was basically only the name of its nineteenth project. We became 019. The whole project turned us upside down. But in doing so, we became aware as well. We understood that the act of occupying and taking possession of the site was not the goal of our work at all. From the inside out, starting with a wooden construction in its interior and up to the billboard at an outside wall and a series of flagpoles on the roof, we gradually developed the place into an assembly of undergrounds for public and artistic encounter, an emerging space for collaboration that was grounded on the premise that all media at our disposal were common grounds to be rediscovered. That is when the work began. That is when things began to move, for real. That is when we realized—artists, architects, designers and the like—we had all turned into scenographers, regardless of our discipline: co-authors of a scene that was constructed out of margins and constraints, participants in a game of give and take that we endlessly play around a display we like to recycle. In the end, that’s how 019, our handling of its space through appropriation and dispossession, became the site of a moving practice, a collaborative way of working ready to be moved, reproduced and reinvented elsewhere. 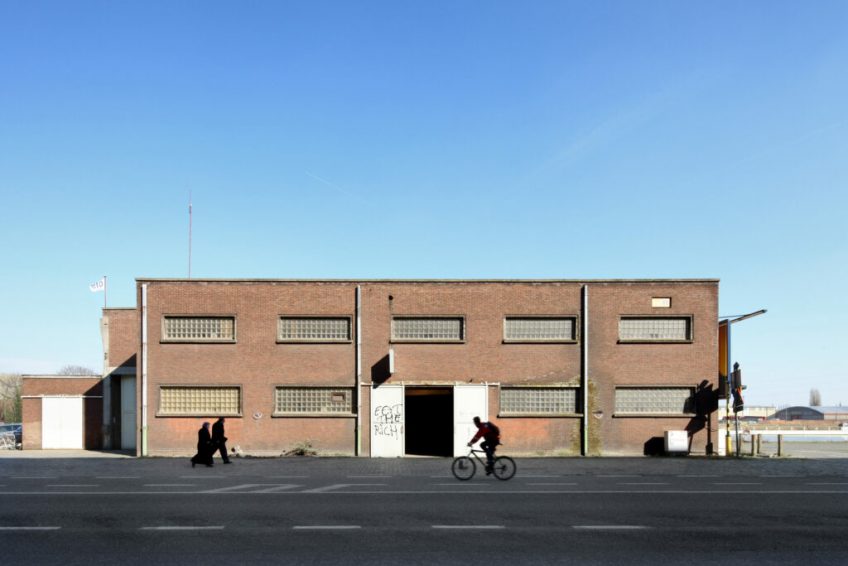