Ikincilik: The State of Being Secondary 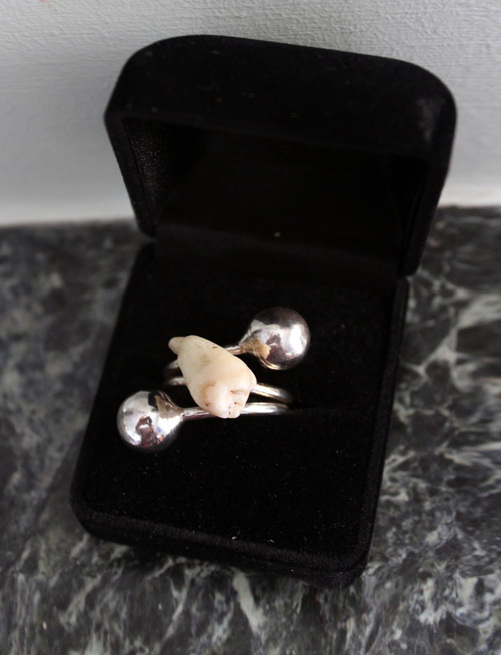 Europe’s obsession with authenticity, tokenism, and imperialism to the exclusion of good work, competency, or innovation is distracting to us.  So much focus is placed on whether or not the artist is representative of the projected culture that very often the work is of secondary concern.  Because of government and NGO funding structures in Europe and the rest of the world, prevailing tokenistic ideas around stale concepts such as ‘cross-cultural dialogue”  become obstacles to the development of interesting work.

An eye-opening experience at an art fair in 2010 led us to launch a new investigation into how absurd this has become.Caravansarai was invited by two Stockholm-based artists to exhibit at the Supermarket Art Fair.The two artists live in Sweden, but are Icelandic/Dutch and Chilean.Representing Turkey were us two Americans.Our booth garnered much attention from the press and audiences alike.The work was talked-about, reviewed, and praised.And then came the moment when a well-known art critic asked us, “Oh are you the artists?I thought the artists were Turkish?!Why aren’t you wearing headscarves?”

It seems that the notion of work based on merit, mutual appreciation, and inspiration is lost amidst the idea that an artist from Turkey must be Turkish.No one would ask a Turkish artist why they are living and working in New York City, or Berlin, or Amsterdam.Designations about where people come from are at their essence, bigoted.And trying to colonize a local art scene is imperialistic.In a response to both the positive and negative experiences we have encountered as foreigners working in Turkey, our sensitivity to the work of those artists who stand outside the current of what is popular or trendy is hightened.For a continuing spiral into the more fringe and interesting works made in Istanbul, we have chosen three artists whose work is often overlooked or considered secondary.

“Ikiz” (twins) are a working preoccupation of Genco Gülan’s.  His interest in secondariness and doubling, as well as his propensity for revealing/discovering multiple personalities and identities, attracts us for this particular project.  At times claiming to be Kurdish, or possibly Armenian, Gülan simultaneously shies away from these (possibly self-invented but probably not) designations—explaning them as pointless.  What Gülan is is a well-established artist working in disciplines and circumstances that are undeveloped in Turkey. The singularness of his position as a media/performance/visual artist in a place where each of these descriptors is understandable on its own, but not together, stands out for us as important.  Istanbul has the problem of a lack of continuity in the art world.  Every thing must be reinvented again and again, which means that the art-going audience must watch while artist after artist repeats the same tedious experiment over and over.  Genco, however, is the exception.  For the past 20 years, his work continues to innovate and stand apart from the young artists of Istanbul today, who all look to trendsetters outside of Turkey for references and cues—trying to become relevant and collected in this recently overly commercialized scene.  Genco, however,  creates work inside the semi-permeable bubble he has created, and therefore, his work remains free of the influence of passing whims and trends and true to his vision. While at the same time, his work with new media demands that he stay current with what is happening in the rest of the world.  Gülan maintains an excellent balance between relevance and innovation. 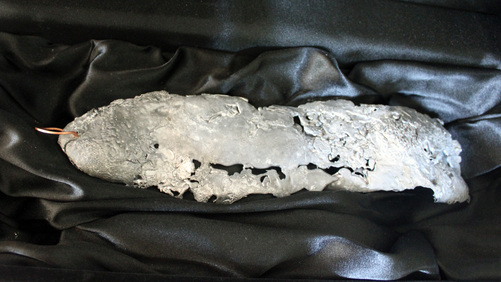 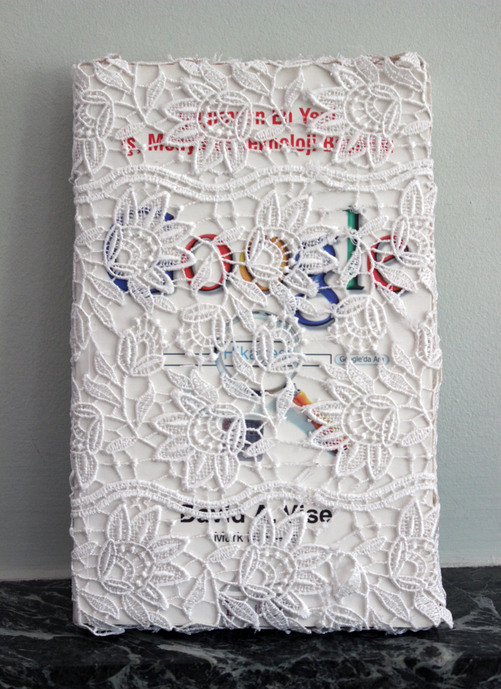 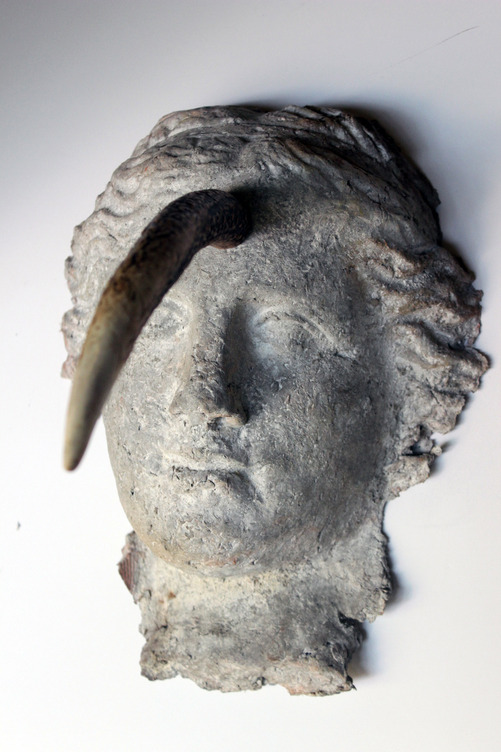 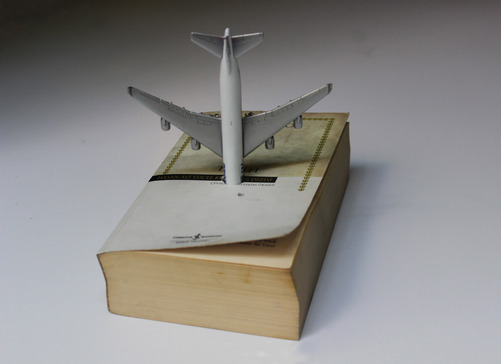 Harika Vişnezade’s work is informed by an eclectic background that is apparent to anyone who encounters it.  Now located in Istanbul–which has no recent tradition of new circus, true experimental theater, or performance art–not many people get the chance to experience her work.  Harika is the only professional foot juggler (a traditional chinese acrobatic art) and one of the only artists with a 20+ year background in performance art.  Fusing traditional performance methods such as acrobatics, dance, puppet theater, and music together with more modern and conceptual art frameworks, she develops innovative works which are performed around the world in a variety of contexts:  art festivals, circuses, exhibitions, theaters, cabaret, and on the street.  What is notable for this particular project, is that while her work has been embraced and commissioned internationally for the past twenty years, Harika has almost no following in Istanbul except as a circus skills coach. Not able to find a context for her wide-ranging media and far-flung topical interests, Istanbul’s art-going audience can only simply categorize her as ‘circus’–which is lumped together with dreadlocked hippie jugglers or even worse, enterainment such as Cirque du Soleil.  Her current work with umbrellas and their shadows can be seen as symbolic of a woman trying to protect herself from an environment which she is powerless to change. 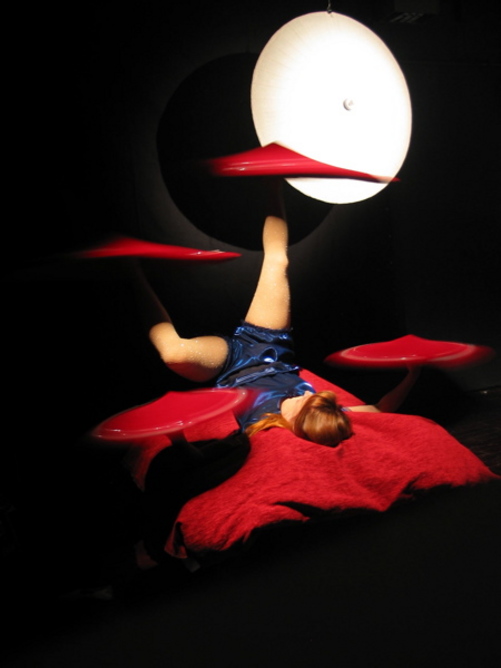 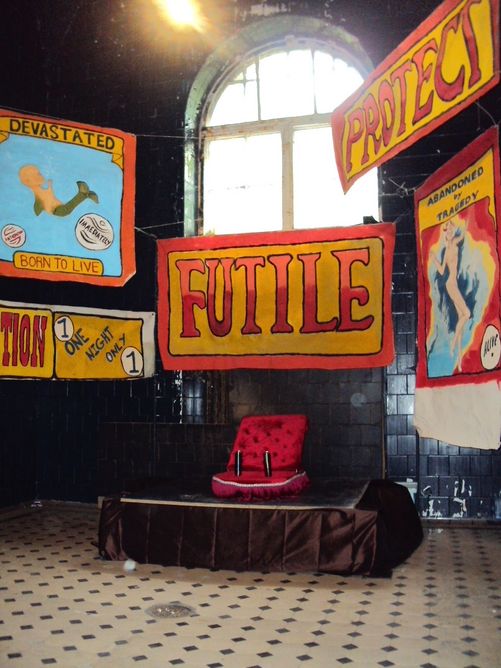 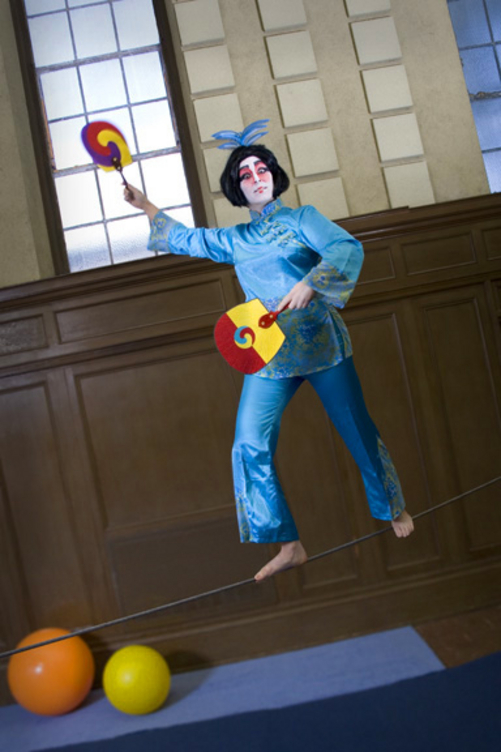 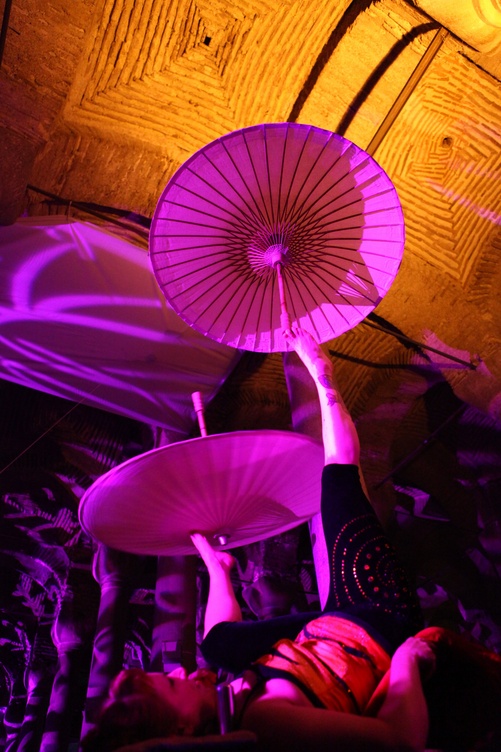 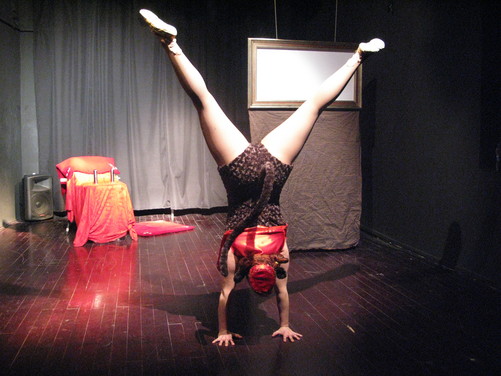 As an artist trained in the techniques of sculpture, ceramics, metals and other manners of physical production, Kahyalı’s fascination with materials and her dedication to good craftsmanship is lost among Istanbul’s increasingly research-based art scene.   As contemporary artists in Turkey increasingly turn away from fabrication and handmaking their work, tradespeople themselves no longer take pride in craftsmanship either.   So who is left to actually make things?  Kahyalı finds this an interesting question to ponder in her work.  Inspired by the methods of traditional crafts, hardware materials, and geometric patterns,  she integrates them into contemporary installation, performance, or interventions.  Her studio is nestled among welders, chandelier makers, copper sellers, and wood workers, allowing her to easy access to materials.   It would seem from first glance that such attention to craft and materials would indicate a more traditional artistic work, but with Kahyalı, that is not the case.  And this is where her work diverges from the current trend of research-based art.   Rooted in tangible objects and events, she insists that the work serve to involve the viewer in her laborious work process.  Choosing to reveal the amount of time and effort that goes into the assemblage of her pieces, installations, or performances is a risky proposition in an environment where contemporary art is more an ephemeral celebration of celebrity than substance. 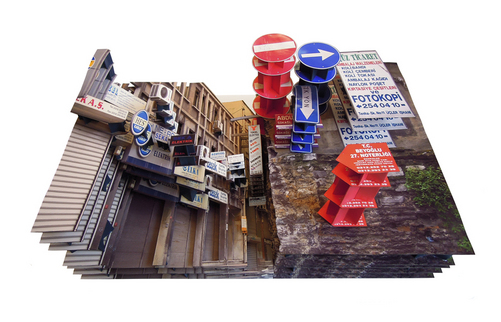 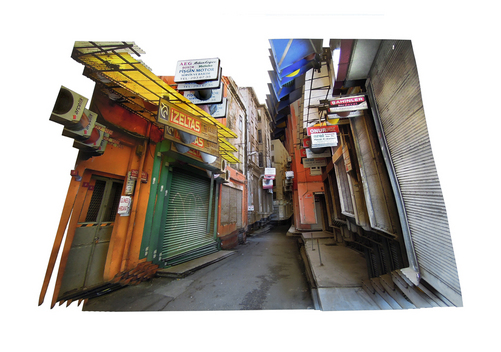 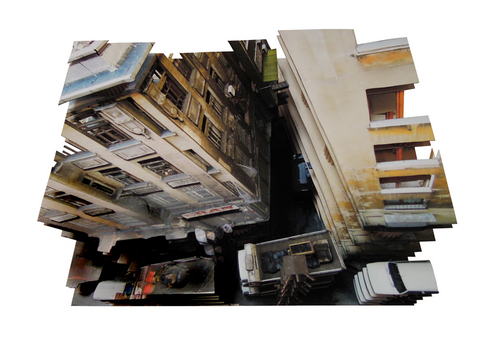 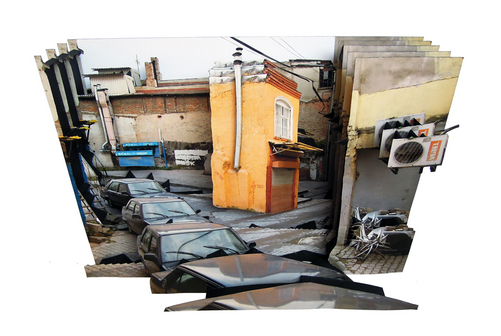 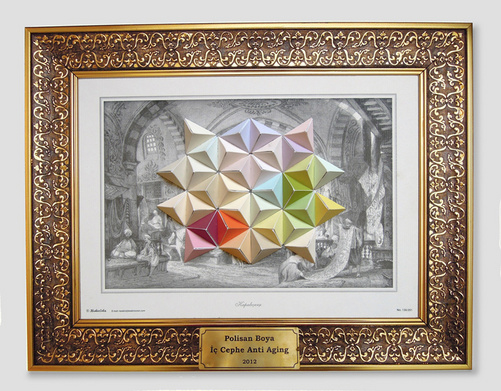 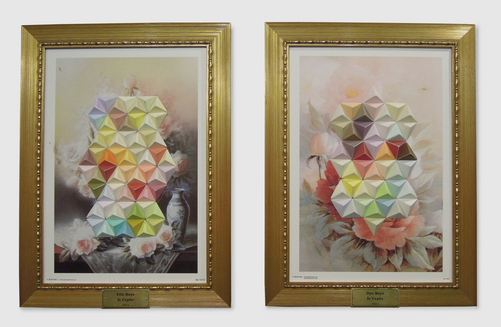 Caravansarai is an absolutely independent art production space, collective, and meeting point.  Just as the historical caravanserais hosted camel caravans along the Silk Road, we host creative people–with or without camels–from around the globe for production, experimentation, collaboration, and inspiration.

As artists ourselves, we concentrate on facilitating art production, workshops, dinner parties, public and private events, and artist-in-residence programs.

Caravansarai is an artist-run business adventure creating a vibrant oasis of ideas and energies– carrying the productive hum of the historical bazaar into contemporary arts practice.