In Cluj, the local artistic scene develops slowly but surely. 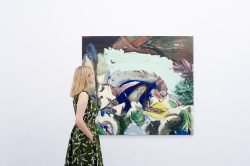 Lateral ArtSpace is an exhibition and project space run by non-profit artists located at the Cluj-Napoca Brush Painting Factory in Romania. Founded in 2012, it is coordinated by three Romanian artists: Dragoş Bădiţă, Cristina Curcan and Lucian Indrei.

Lateral Art Space is located in a site that remains essential for the cultural scene in Cluj. It is a pole of support for artistic creation dedicated to contemporary forms. 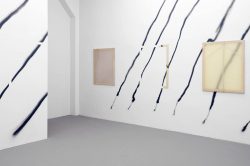 Lateral Art Sapce is a name that resonates in many places. It is a space that blurs the borders. It tends to mix, to summon other disciplines. The artistic boundaries become porous and the team of this unconventional place out of the economic circuits and the pressures of the diffusion is devoted to the research, the creation. It is a place where the peripheries are free to work together. 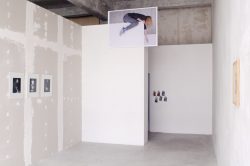 Being Mountains Being Seas, group exhibition

It is dedicated to local, national and international emerging artists. The project began as a response to the lack of exposure opportunities for emerging artists and is open to various projects and collaborations, workshops and interdisciplinary research.

The space has a bigger role in this community. It provides a platform for artists to experiment despite the financial problems that this kind of space is facing in Romaniaand exhibiting authentic artistic voices.

Lateral Art Space has created a place of representation and experimentation necessary. It offers a program with a courageous vision. The exhibition space has the will and determination to present projects that are not limited to a system of values, but the Lateral Art Space team likes to take risks.

Cluj is witnessing an emerging phenomenon of the alternative art scene, with the emergence of places known as artist-run spaces. 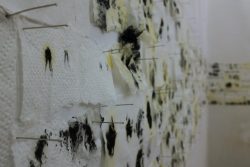 Part 2, because part 1 is not finished yet, Corina Oprea

These multiforms experimentation sites are anchored in a local network that tends to increase its ramifications. This place was held by two artists:

– Cristina Coza whose main means of expression  painting, whose artistic pretense is photography. The starting point of his works is the diffusion of a world encapsulated in an iconic image. Photos, deeply represented in the collective memory, become the subjective reinterpretation of places and stories that already exist and can be reproduced.  The relationship with a past that does not belong to it, but with which Cristina Coza-Damian identifies herself because of her socio-cultural background.

The Sting of Happiness, Mihai Nuțu 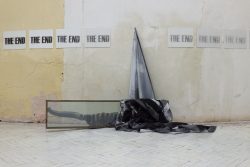 Corina Oprea expresses the frustration accumulated during communism by installations . The fabrics and the small details are part of her artworks. At first glance, her work appears as a simple and superficial game, behind which a deep meaning is hidden.

The position of this place held by these artists and / or curators, is not primarily intended to sell but rather to experiment or leave a place for the artists to work.

They operate multiple activities, demonstrating a desire to decompartmentalize artistic disciplines and therefore a mix of audiences.

This circuit, parallel to that of the galleries, reinforces and enriches the already existing cultural offer. 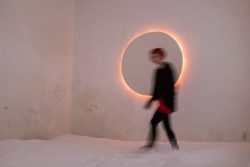 This new initiative stands out thanks to a resolutely contemporary visual identity that suggests a more human dimension. Indeed, this space is located a few strides downtown. This spirit of mutual aid is rooted in a reality of artist-run spaces that works on own funds, without receiving subsidies.

It is a space for meetings, exchanges and above all another way of approaching the exhibition space with two spaces.

all photos from the exhibition Hybrid Polarities, 2018 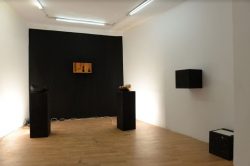 The question of Artist-run spaces is above all a social phenomenon built by its own actors. Since the end of 2017, Cluj has seen the appearance of a new space in full development.

MATCA is  a space managed by artists Alexandra Mocan, Matei Tosa and Alexandru Muraru from Cluj-Napoca, Romania promotes contemporary art with a focus on group shows so far. 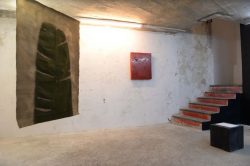 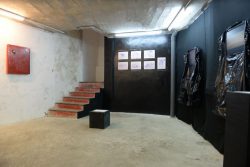 These artists live in the richness of the diversity of all, respecting and encouraging the originality and authenticity of each, and work in a beautiful solidarity. Creative artists open to the public, to society and generate through this place a cultural, human and social influence.

This artist-run spaces is engaged in an experimentation movement dedicated to art. The setting up of this collective platform allows to reveal the initiatives of local and international artists. The main challenge of this structure is to intensify the dynamism of exchanges between artists while enhancing the visibility and singularity of each initiative. 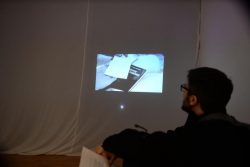 This original and alternative form of production and dissemination of contemporary art makes it possible to showcase the different forms of speech present in the city as well as in the country.

In search of new programs and new initiatives to ensure and reinforce this new educational and collaborative platform, the MATCA team is free to choose the forms of speeches exposed. With an energy, a generosity and a sense of risk quite crazy, this structure also offers a scene of young artists with a discreet multidisciplinary work.