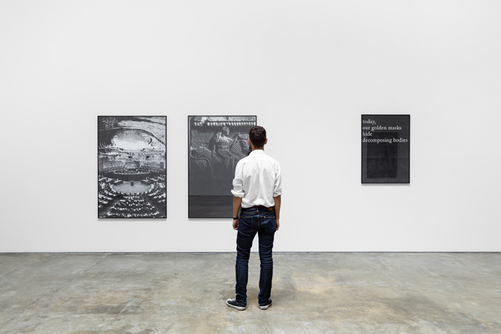 Nineteen Eighty-Four. By coincidence I chose three artists born in the same year. This is a personal selection, drawing from past and future projects which I have been developing  with each of them, more than a snapshot of the Lisbon scene.  Looking back I can’t help but wonder if the location where I was working (the Senate House Library in London) somehow influenced the final list, echoing not only their year of birth but also their shared interest in problematizing naturalized understandings: The building is known to be the real life structure that inspired George Orwell's 'Ministry of Truth' in his novel 1984.

The films of Gabriel Abrantes (b. 1984) explore the friction between traditional axes of power and emerging agencies, investigating the consequences arising from current developments of globalization. The artist’s speculative narratives look at how Western histories are being reconstructed in non-occidental territories while at the same time analysing the way these rising identities are impacting previously dominant actors. Abrantes’ interest in the places “where contemporary forms of life are being invented” has led him to shoot on location in territories such as Angola, Haiti, Sri Lanka, or Brazil as well as to re-stage Afghan or Iraqi landscapes in different outdoor and indoor sets. These flexible notions of geography mirror his iconoclastic take on history, art and cinema, linking the broader contexts of colonialisation, inquisition and fascism while referencing Pier Paolo Pasolini, Édouard Manet, pop art via Andy Warhol’s factory or a Coca-Cola bottle, Aristophanes’ 414 BC play The Birds, The Arabian Nights or Jacques Lacan. Ideas such as artistic “authority” or male “genius” are also questioned through his constant collaborations with Benjamin Crotty, Daniel Schmidt and Katie Widloski. His cinematic work playfully reconfigures Hollywood genres such as romantic comedy, melodrama, sci-fi, adventure and war, thriller, horror or heritage film which are estranged by their narratives ranging from global warming to homosexual parenting and surrogacy or transnational migrations. The films’ characters are often driven by sexual desire and perform humorous gags both echoing Hollywood’s conventions while permanently subverting them. 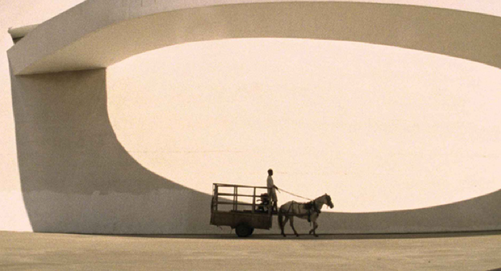 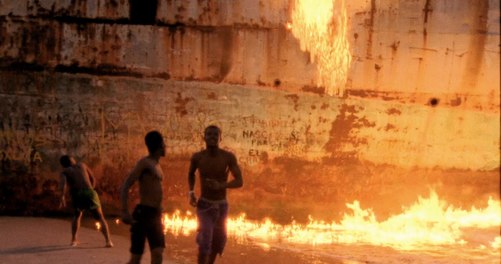 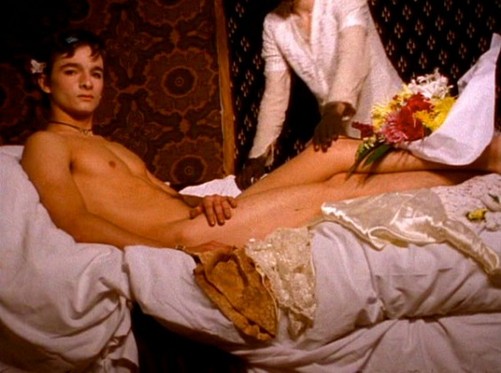 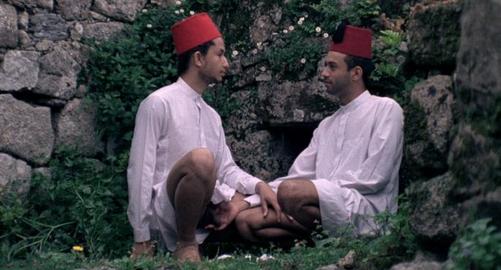 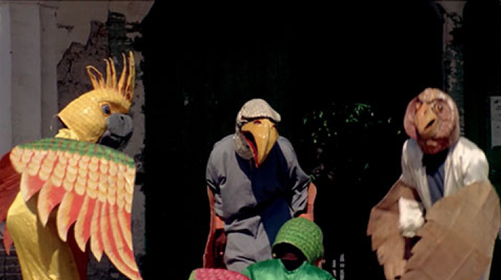 Diogo Evangelista (b. 1984) explores contemporary visual regimes of representation and  uses painting, moving image and installation as privileged media. His work process is centered around personal methods of selection, appropriation, manipulation and mediation that echo our individual daily forms of interaction with ordinary, even cliché images hereby seen as instruments of perceptual exploration. The analysis of the image’s limits and potentials through a constant reconfiguration of their contexts illuminates angles that have been silenced by their own hyper-visibility and allows for subjective narratives and fictions to emerge. His investigation crosses a wide scope of references belonging to daily life and art history, creating a universe where the boundaries between high and low culture are difficult if not impossible to determine and especially not relevant. The artist’s analysis of the signifying porosity of images signals his interest in collage, a central method for the Dada and Surrealist vanguards also present in the 1960s Pop Art. His reproduction of hypnotic and trance states based on bodily as well as visual interaction is a way to question naturalized forms of understanding, empowering our engagement with contemporary visual culture and proposing a meaningful exchange rather than easily forgotten micro-contacts. In that sense the practice of Diogo Evangelista positions the body as an expanded instrument of consciousness and, by quoting drug induced states, paradoxically breaks our mundane lethargic mode of interaction with images, making each representation a new object, underlining its potential and stimulating our lucidity. 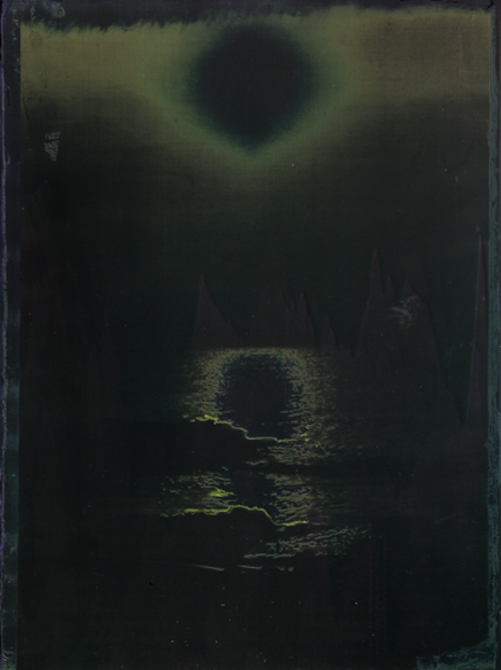 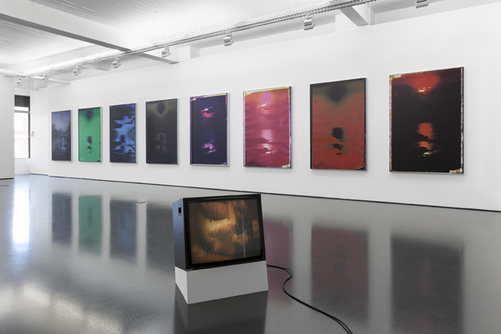 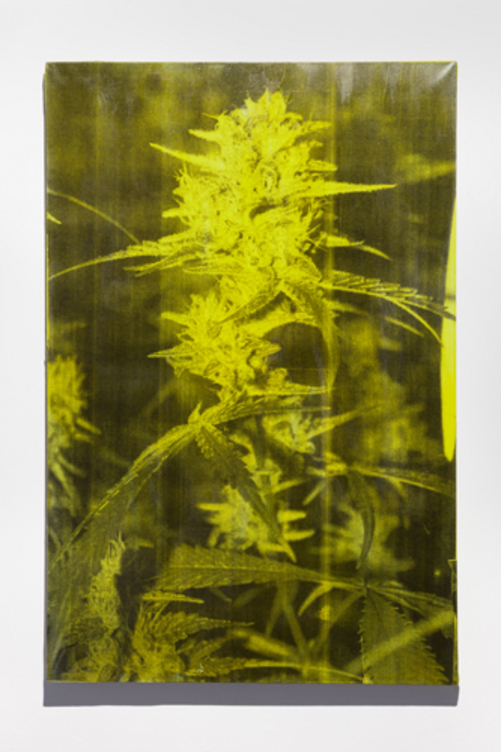 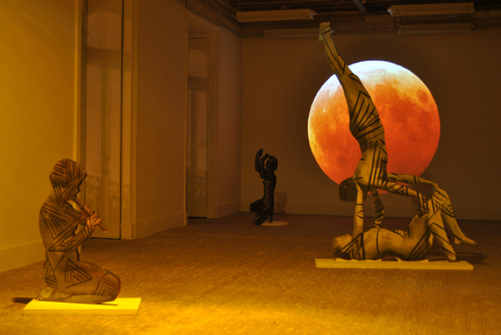 No future in that place, installation view, 2012 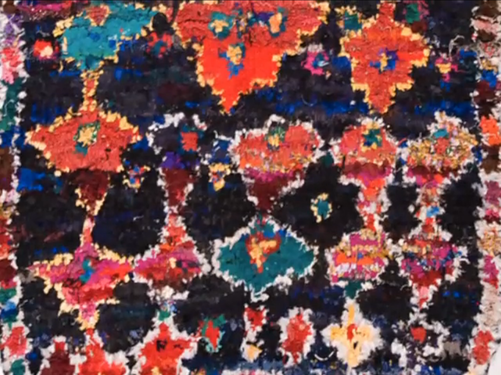 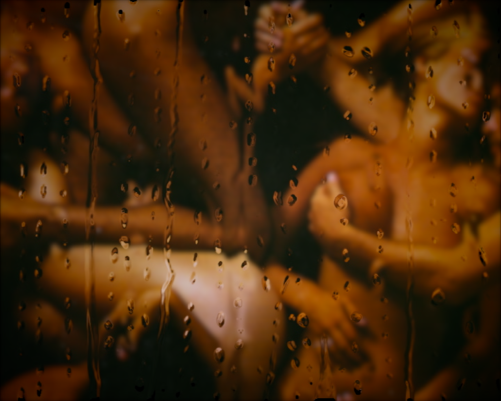 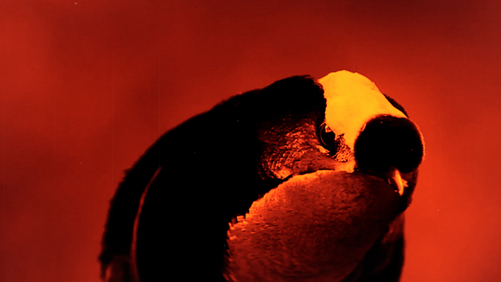 André Romão (b. 1984) works with various media including drawing, photography, video and installation. His work has constantly investigated the positioning and symbolism of the individual within historical and political contexts while analysing the relevance and impact of the historical heritage from western contemporary culture. He conceives the body as an instrument for individual and collective conduct, mapping its political relevance by juxtaposing past instances with contemporary events. Romão’s work is orientated towards the analysis of European identity and is particularly interested in Europe’s classical heritage, namely Greek and Roman cultures, both explored in terms of their echoes and influxes today. This investigation of the relation between visual culture and history has led him to permanently use and appropriate representations from the past that are recomposed as monuments to present issues. By underlining a subjective layering, this complex embedding of the past in the present opens up the possibility of a performative reshaping of history and of an interaction between historical fact and individual interpretation. The subsequent open mirroring between past and present aims at incorporating the visitor in its questioning, creating a space for reconsidering the dynamics at play during historical construction as well as allowing for an individual understanding and production of history. In doing so Romão is signaling his belief in history and visual culture as political stages and in their performative use by the members of a social, political and historical body. 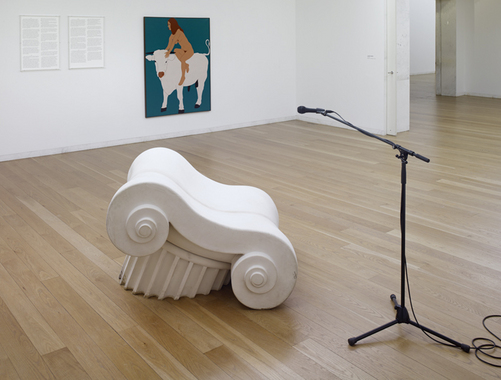 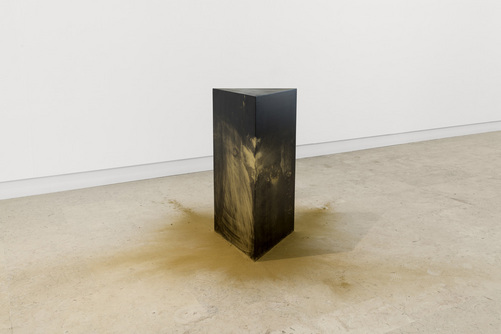 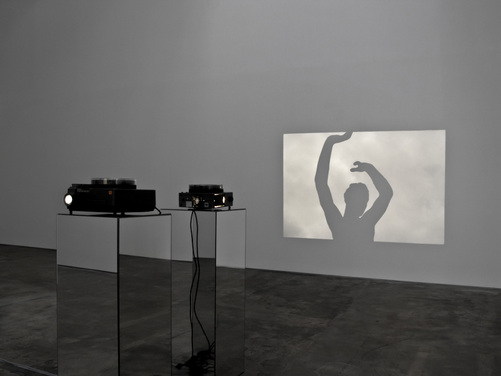 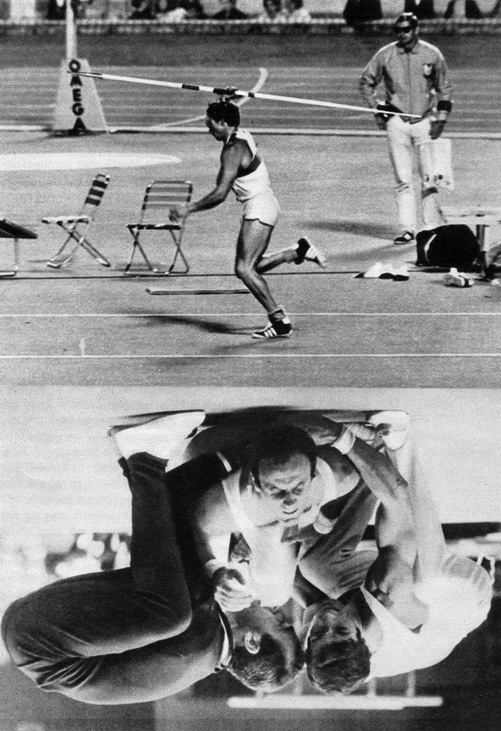 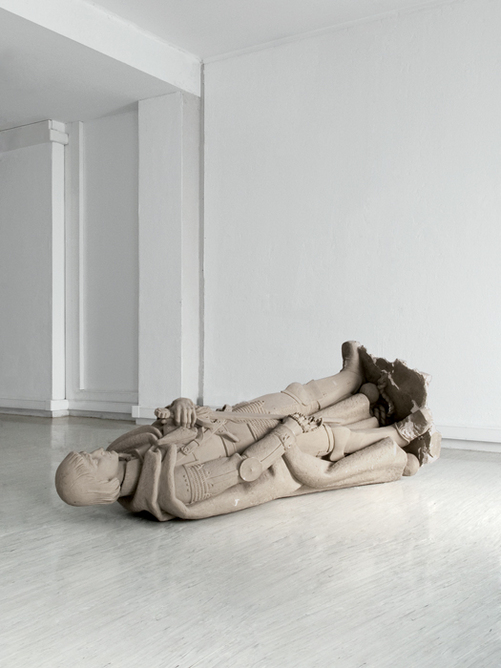 The Winter of our Discontent, detail installation, 2010 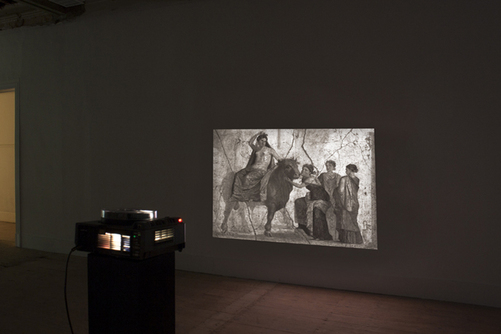 João Laia (1981, Lisbon) is a writer and curator with a background in social sciences, film theory and contemporary art. He publishes regularly in international magazines and newspapers such as Frieze, MOUSSE and Público. Past collaborations include BES Arte e Finança in Lisbon, CCCB – Center for Contemporary Culture of Barcelona, Waterpieces Festival in Riga, Moderna Museet in Stockholm, The Delfina Foundation, South London Gallery, Cell Project Space, The Mews and Whitechapel Gallery in London. In 2014 he was in residency at the Fondazione Sandretto Re Rebaudengo in Turin and along with Rosa Lléo founded and runs The Green Parrot in Barcelona a non-profit space dedicated to contemporary art practices – www.thegreenparrot.org He is a member of the curatorial team of the 19th edition of Videobrasil a contemporary art festival dedicated to the Global South that takes place from October to December 2015 in São Paulo.