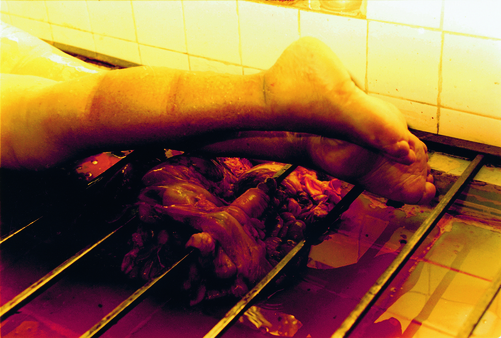 Kiyotaka Tsurisaki (born 1966) is the only corpse photographer in Japan so to speak. His carrier began in 1994 with bodies from Thailand, after he was a Tokyo-based x film maker. Then, he captured more than one thousand dead people around the world, including Colombia, Mexico, Russia, Palestine and of course Japan. 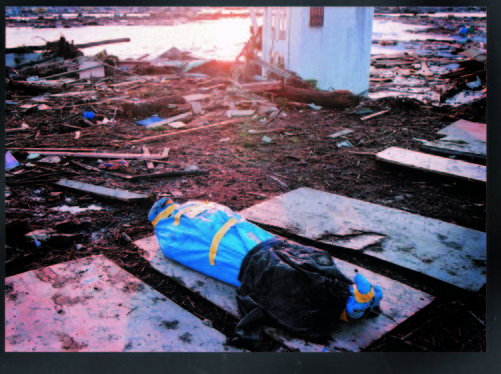 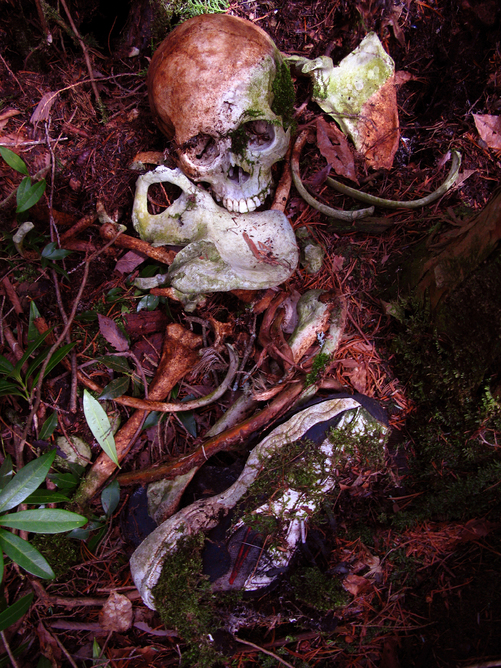 The body is bleeding from the head, the hand with a broken wrist is crushed, the skull from the man hanged in a forest, tsunami victims wrapped in shrouds and so on… 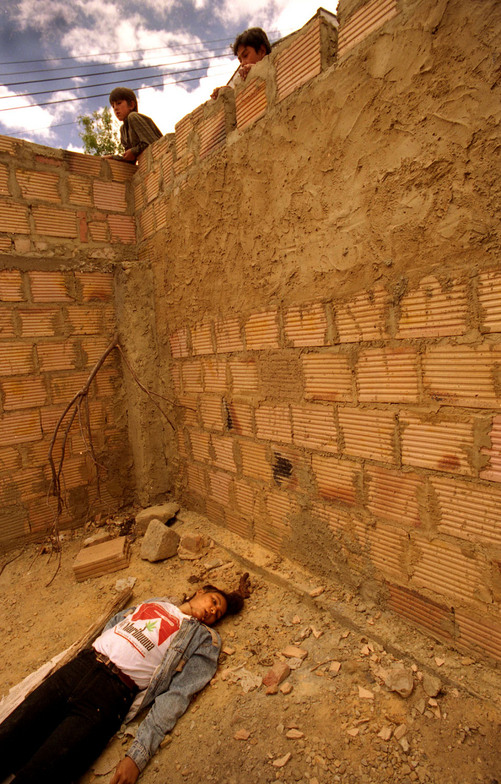 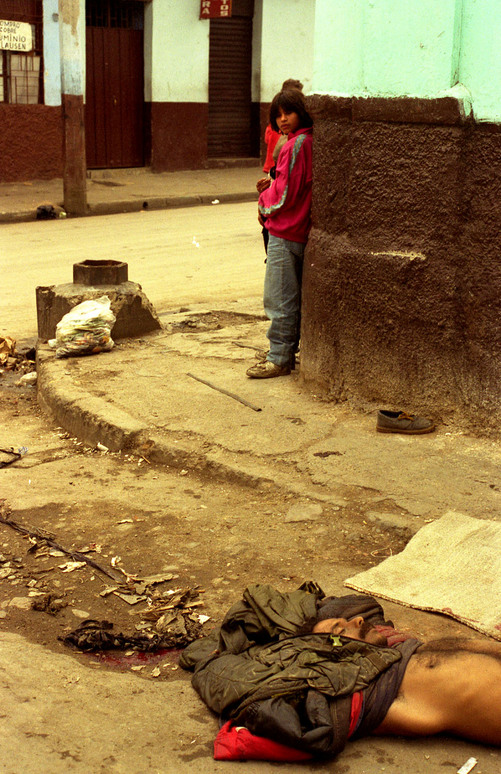 Each casting has a certain drama quality to it, as romantic paintings, the difference being that the artist who produced the image didn't touch anything on this stage, he just went to it. Paradoxically, these situations look incredibly staged, in so far as there is nothing more unnatural than the brutality of reality. All these sets are products from society. 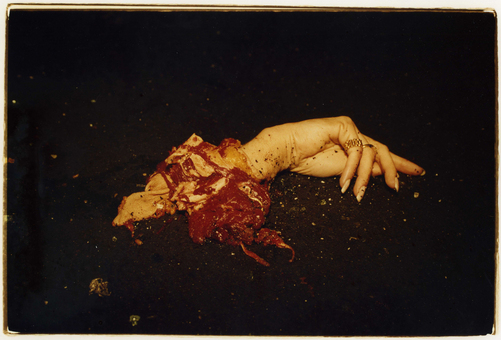 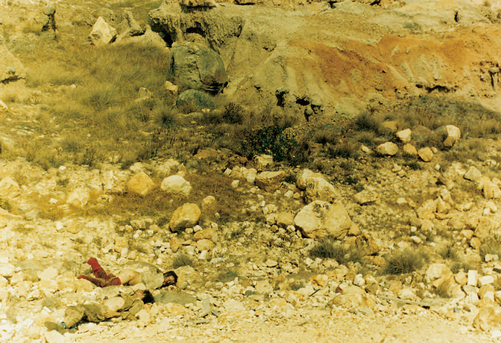 Yuko Kamei (born 1979) regularly works in urban and suburban environments. The line, this artificial aspect that surrounds human beings is changing with culture and era. In this context, the urban structure becomes an artistic material for the artist. 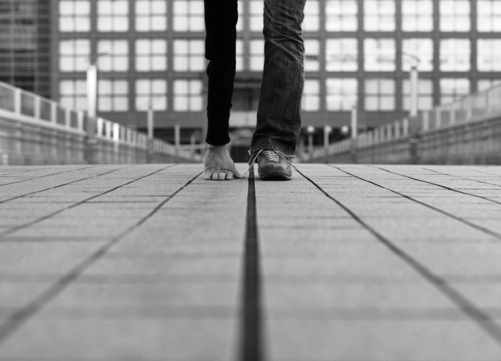 In 2009, she organized this exhibition "On concrete", where we can clearly see that each urban element turns into something like a canvas. (pattern).

In these empty spaces that are structures, the human body as an organic material, withers. The flesh withdraws and leave a formal, geometrical trace behind it. The individual disembodiment leads to some vertical and life devoid symmetrical harmony. The social dis-integration then aesthetic re-integration creates a kind of structural metamorphosis. 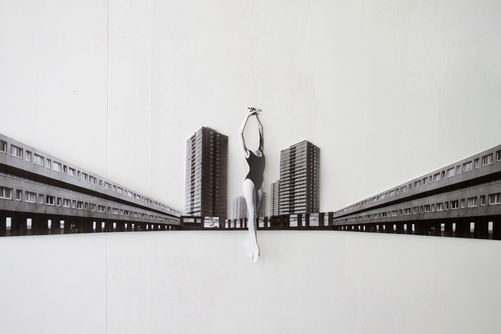 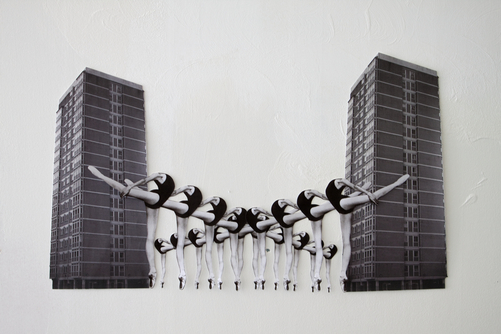 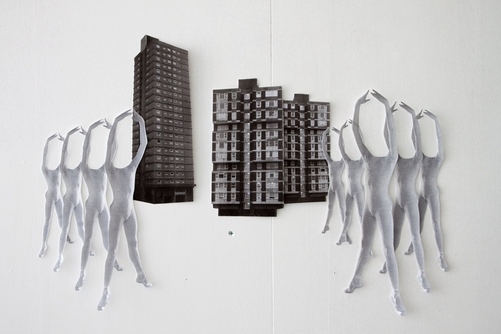 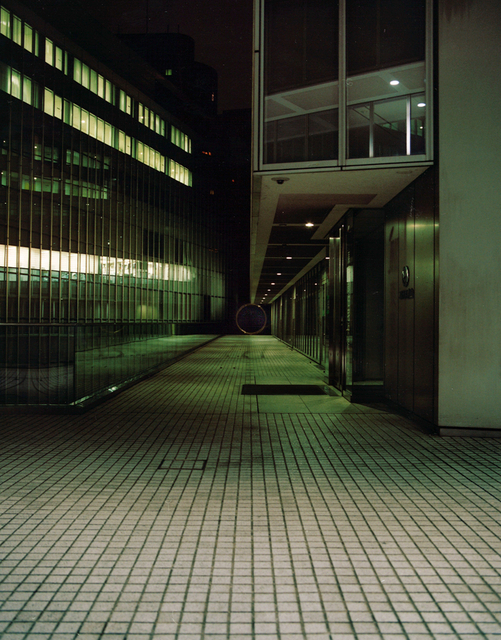 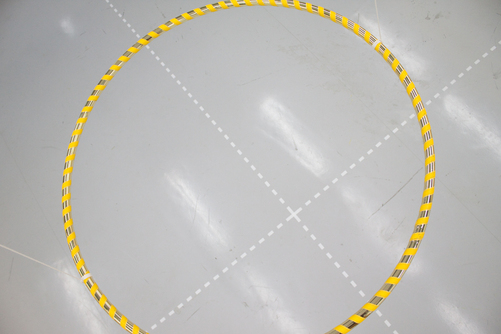 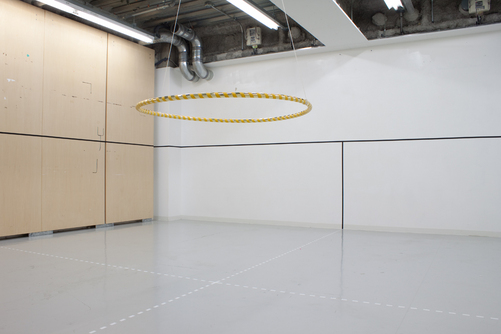 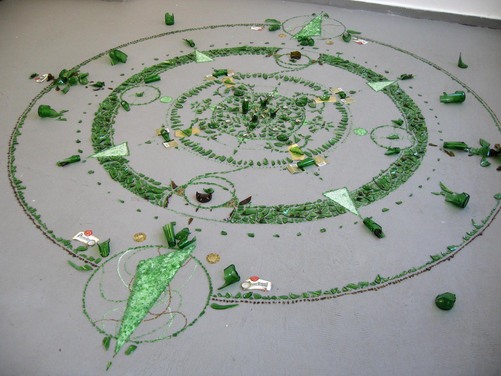 Hikaru Miyakawa (born 1976) myself. In 2011, "Sexe émeraude" exhibition was made of several paintings and a video. The paintings represent transsexuals; the video "AKARI" was me having sex with a Tokyo shemale. Japanese transsexuals change sex to be beautiful; I decide to have sex with one of them for my art. This isn't love for love, nor satisfying a sexual imperative, but to assert a sexual aesthetic. 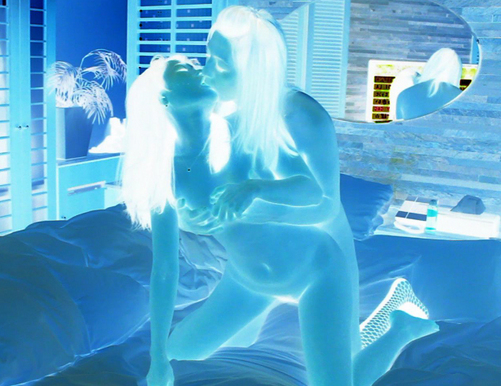 Society produces modes (fashions), modes of being. The human body display is permanent, the body is showed, exhibited. The corporal structure is social, societal structure, the marginal body is marginal social structure.

This is the ambiguous structural limit that the artist reveals, between male body (male social role) and female body (female social role). These (organic) corporal and (regulated) societal structures wither together, as one.

In 2011, I still think of the body as a society component. The body as an object of projection (social, aesthetic) and the primordial embodiment of one's conscience. Today's artists act with their bodies in this globalized playground; with unparalleled mobility, the body becomes traveler, keeping its roots.

I feel that these artists are looking for their new standard, a motional aesthetic whose cultural body is the binder. Through Tsurisaki's international death scenes, Kamei's urban disembodiment, and Miyakawa's ambiguous bodies and relationships, the body remains that interdependent archetypal pattern. As Japanese artists, their weltanschauung is culturally influenced yet permeable to their constitutive international framework.

I present these artists to you because they somehow try to seize what form society is in and try to include the body as the most primitive material.