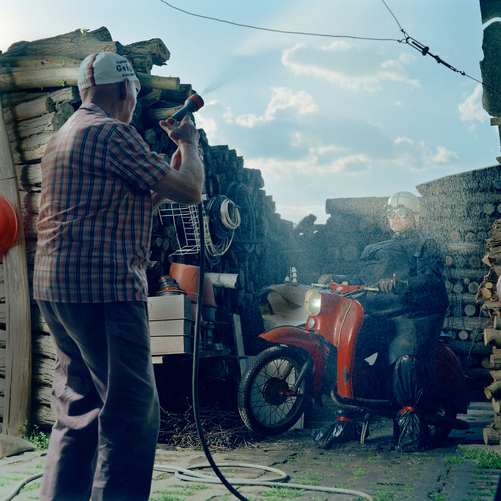 When I chose to present the following three Hungarian artists, László Csáki‘s, Pista Horror‘s and Zsolt Tibor’s works for the Alternative Art Guide project, I was looking for phenomenons, which were relevant about the current Hungarian issues related to visual culture, aesthetics and society. All of them have a very individual, strong and experimental visual universe, in which they create a characteristic Middle Eastern European backdrop, although the way of their attitude is not a direct, rather a poetic one.

László Csáki (1977, Mosonmagyaróvár, Hungary) is a visual artist, media designer, and filmmaker. He graduated from the Moholy-Nagy University of Art and Design (MOME)’s video department in 2002. 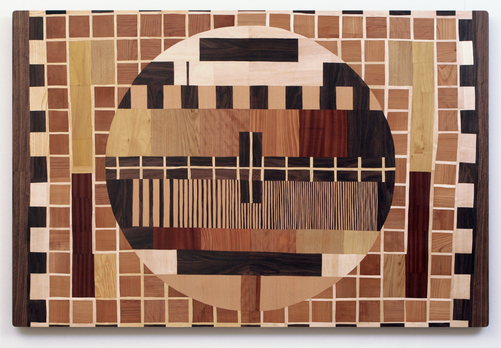 He has been working in diverse media with various techniques, such as chalk-animation, documentary and short fiction film, staged photography, storyboarding, and marquetry inlay. He often creates a very characteristic Middle Eastern European backdrop, which is then filled with surrealist, absurd, and lyric elements. 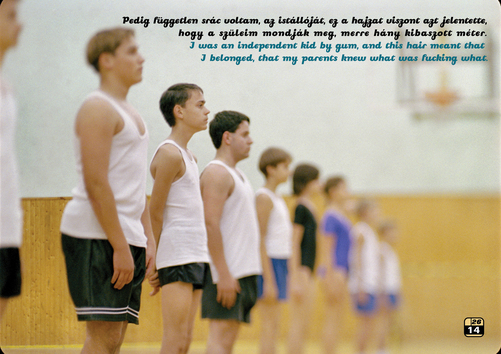 He likes to combine images with text, and his narrative series are often based on literature or story collections (Fluxus Hair Trainer, 2003; Big Stories, Tiny Winces, 2008). 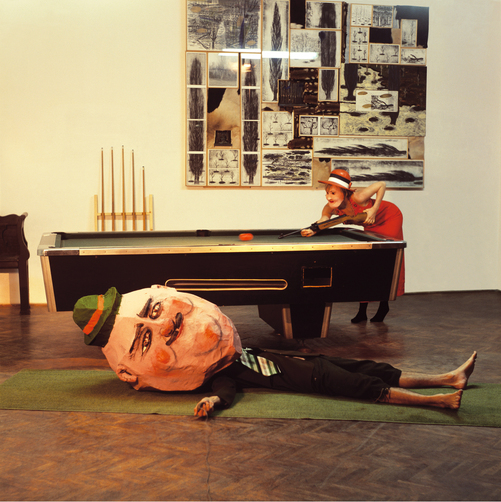 Ordinary characters or actions are the usual protagonists of his art projects; he likes to reconsider the stories from the character’s point-of-view or to create an entire world around them, completing their stories in imaginative ways (Günter and Gretel, 2001). 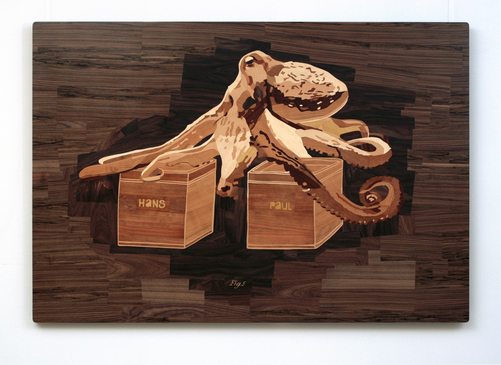 Recently he collaborated with other artists on different film projects, rather with the method of a cultural anthropologist. He tries to explore hidden communities, socially relevant issues (Tin City, 2010), or peculiar cultural phenomena (Egerszalók, 2006; Hungarian Greyhound, 2007). 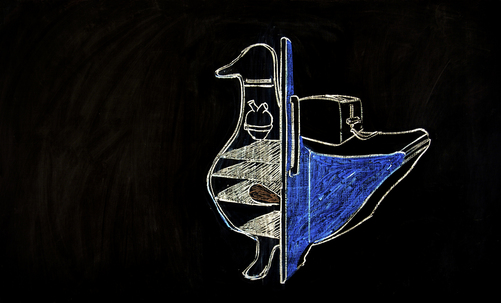 More about the artist:
http://www.csakilaszlo.com 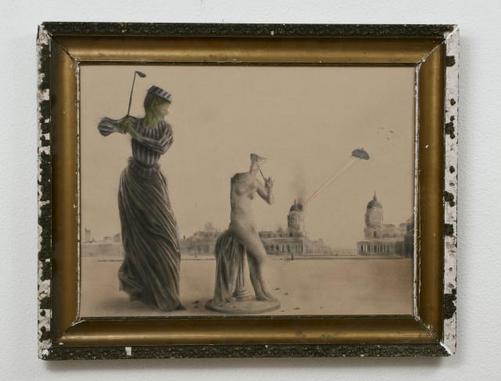 The artistic work and practices of István Máriás, aka Pista Horror (1984, Sepsiszentgyörgy, Romania), are based on contradictions between form and content. 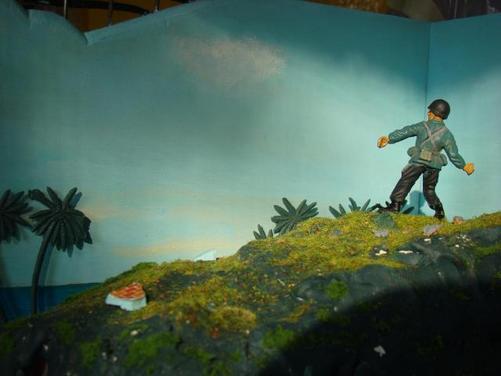 He reacts critically to consumerism, questions its values, speaks up against political oppression, and talks about a universal human need for freedom within make-believe fairy tale worlds where well-known protagonists of children’s books (i.e. Little Red Riding Hood, Bambi, Gőgös Gúnár Gedeon, the main character of a well-known Hungarian storybook) meet the superheroes, robots, and dinosaurs of comics, cartoons, and science fiction. 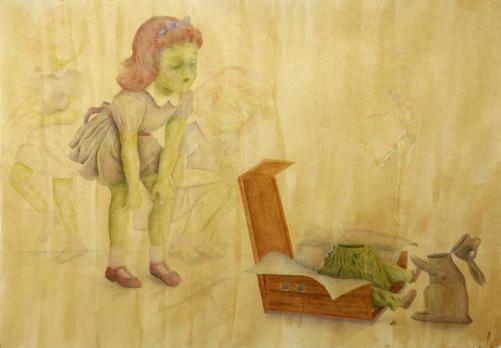 Pista Horror takes the visual topoi of the subject of his criticism, strips them of their recognized meaning, and re-uses them in his visions set in a surreal, depressing, and absurd world. 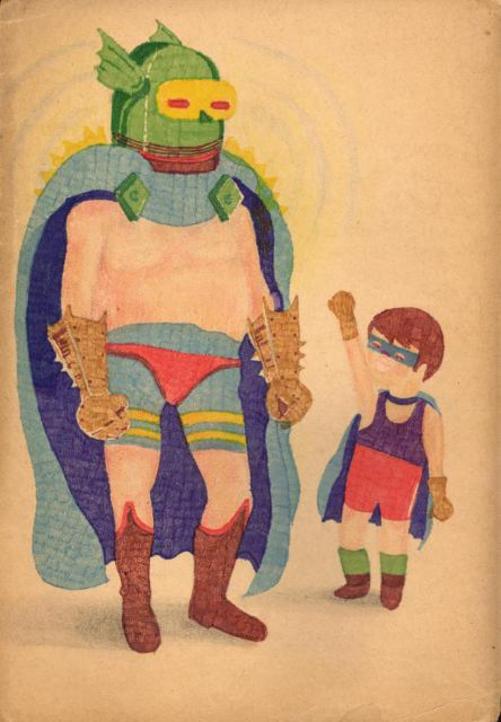 Elements such as the stained, old, and yellowed pieces of paper and sheets torn from school notebooks, compositions created to fit battered frames, or the visual appearance of ruinous, abandoned buildings with crumbling walls intensify Horror’s distinctive trash aesthetic. 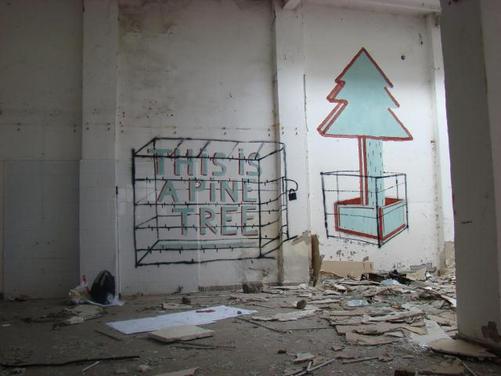 The way he locks his protagonists up in a box – whether it be a cage, a courtyard surrounded by high walls, or the space of the picture itself – is an analogy to our preconceptions, which hold us back from discovering the world. 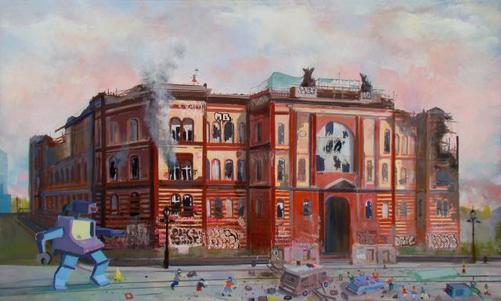 This is exactly the phenomena against which Pista Horror is fighting with a critical approach, continuously reflecting on the world around us within his strong visual universe and with a talent for experimentation.

More about the artist:
http://www.horrorpista.com/index.html 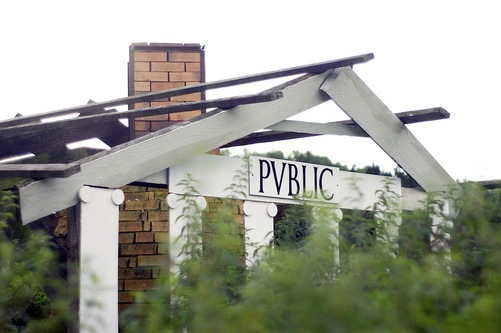 The site-specific installations of Zsolt Tibor (1973, Budapest) remind one of pieces of a puzzle to be solved. They conjure up the constructivist, futuristic designs of the avant-garde, and its often utopian, alienated spaces and edifices. 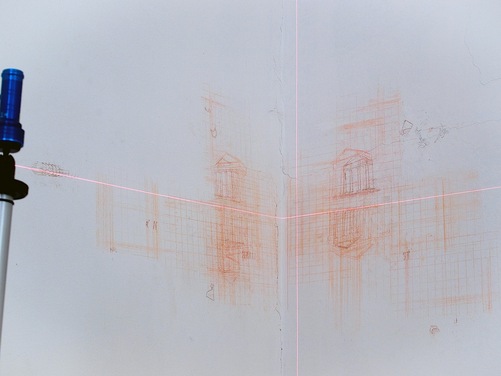 These miniature scenes are made up of pencil drawings with subtle, hardly noticeable graphite lines; smeared blotches; paper cuttings taped in position and pieces of folded paper; moving and still images; archive photos behind plexiglass or in exhibition cases, and found plastic objects. 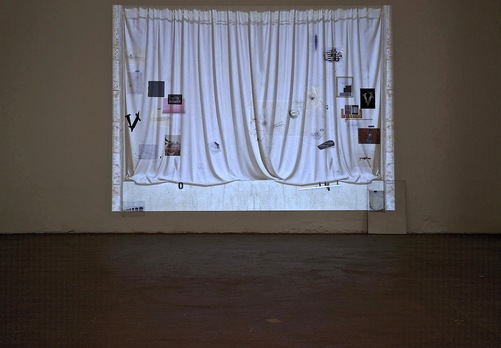 This complex world, compiled within the framework of a classical exhibition, thus becomes the simultaneous construction and deconstruction of spaces, landscapes, fragments of buildings, and elements just remotely referring to human presence. 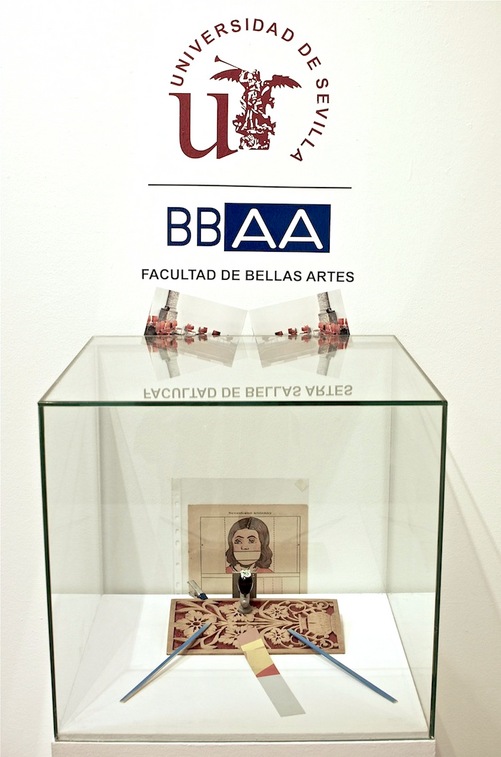 Tibor’s visual and aesthetic experiments are based on accumulated layers of perception (drawing, projection, still and moving images, objects), a unique use of space (occupying space in a non-traditional way), and the timefactor (seemingly unfinished works). 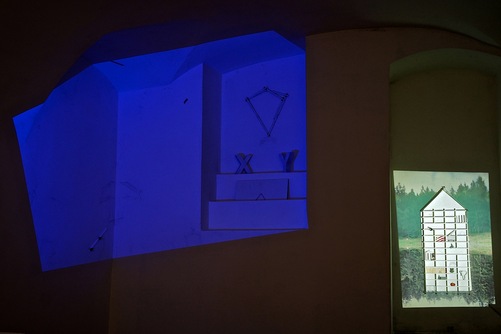 The clacking of the slide-projector, the bluish-grey light of the projector, the lens of the magnifying glass, or the drawings resembling the architect’s plot all reinforce the idea of a scientific approach to art. 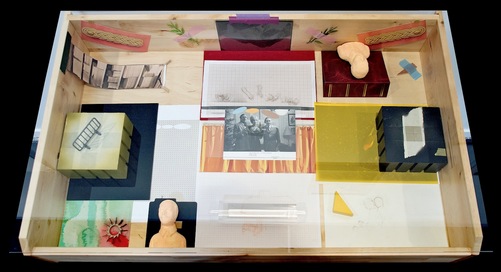 All the same, in these works of “boundless” drawing, apart from the irony directed at the scientific approach, a covert and sensitive reference to a broader socio-political context and the nostalgia for a vanished childhood takes shape.

More about the artist:
tiborzsolt.com

Petra Csizek is a curator and cultural manager based in Budapest, Hungary. Currently she is the programme supervisor of ACAX | Agency for Contemporary Art Exchange, an affiliate of the Ludwig Museum – Museum of Contemporary Art, Budapest. Previously she was the assistant curator at Trafó Gallery – House of Contemporary Arts, Budapest, a board member of the Studio of Young Artists Association, and a member of the Labor Gallery committee, where she played a major role in the conception and the realisation of the gallery programme.

As a curator, her interest lies primarily in collaboration and interdisciplinarity in the works of the local emerging art scene, especially that of the youngest generation. Her last curatorial project, a group show entitled No One Belongs Here More Than You at the Kunsthalle – Budapest in 2011, examined mapping and existing artistic collaborations among the young artists of the Hungarian art field. She has participated in several public art projects and festivals (Placcc Festival, Temporary City), as she is interested in initiating art projects outside of gallery spaces.