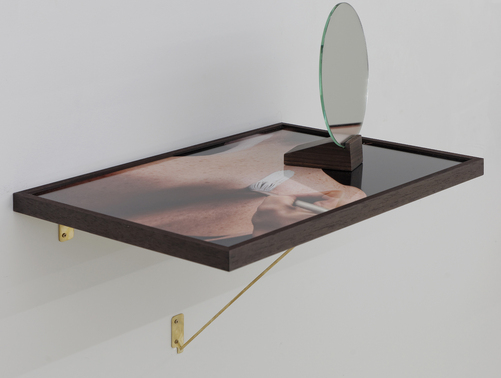 I am dividing my time between Amsterdam and Paris since a year now. I initially moved to Paris, because of my French boyfriend. Before I moved here I didn’t know the Parisian art scene very well and I was under the assumption that the art scene was dusty and old-fashioned. I found out that a lot has changed in the recent years and that Paris has become a vital player in the contemporary art again.

Besides the programming at Centre Pompidou and Palais de Tokyo, a lot of new interesting artists and galleries have emerged in recent years. But what I found most remarkable are the high quality of the many artist run spaces like Castillo/Corrales, Shanaynay, Treize, EXO EXO and Le Moinsun to name a few. Especially because Paris has the reputation of being an expensive city and for many years artists left and sought refuge in cities like Berlin or Brussels.

The tide seems to be turning and many artists and curators are returning to the capitol of France and start their own art initiative. It also attracts foreigners, what is resulting into an emerging vibrant art scene.

Christophe Lemaitre (1981, FR) is an artist and curator. He was the co-founder of the project space Super (2008-2011) in Paris and he has worked with many non-profit art spaces such as Treize, Shanaynay and CNEAI in Paris. Lemaitre is the editor of the magazine Postdocument together with Aurélien Mole and Remi Parcollet. The magazine is dedicated to installation shots of art works that are exhibited. In 2013 I have invited Lemaitre for a performance lecture on hypothetical Substitutions within art and things that have been art works (but no longer) at Jeanine Hofland Contemporary Art. He had researched these topics at the Jan van Eyck Academy a year before. His curatorial practice and his art practice are inextricably entwined together and explore phenomenas of emergence and disappearance of forms and works of art. Recently his ongoing research took the shape of three exhibitions at CNEAI; La longue image panoramique de la révolution d’une œuvre, La vie et la mort des œuvres d’art and La collection des objets que l’on utilise sans les toucher. I invited him in the next issue of Metropolis M to know more about his research and ideas behind the shows. 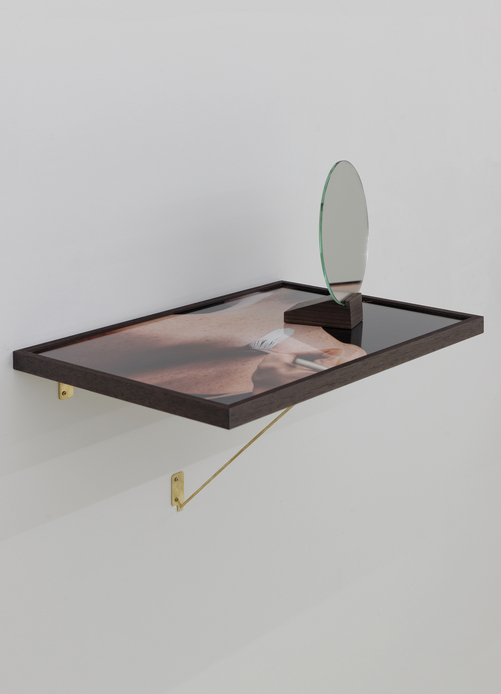 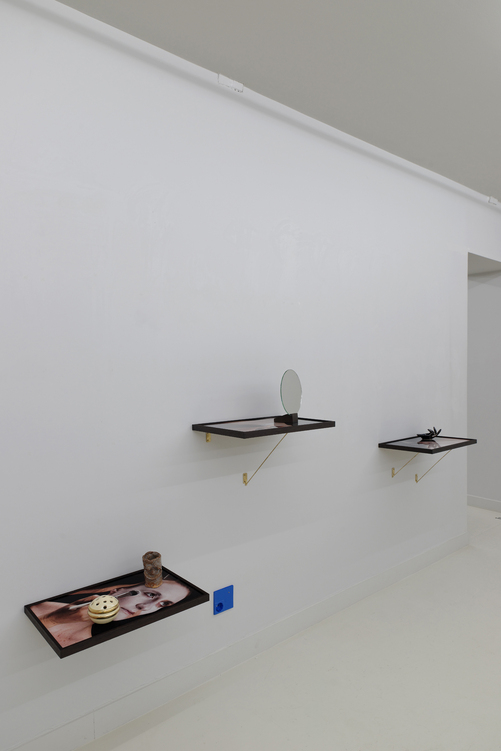 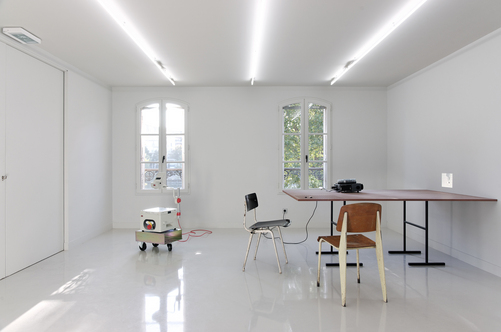 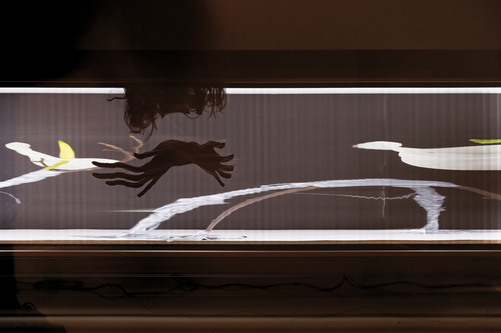 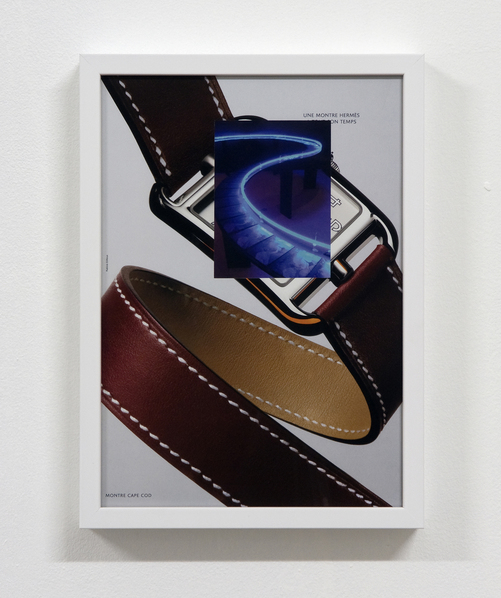 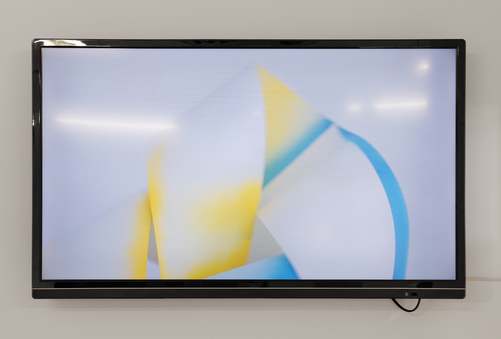 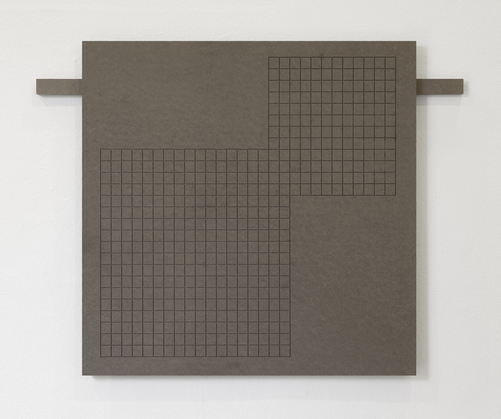 I haven’t worked with Julie Béna (1982, FR), but I find her work very interesting. Béna refers to the exhibition space as her “playground,” which she populates with performers, singers, sculptures, videos, photos, texts and objects. She used to act in a roving theatrical troupe in France and the experience is still visible in her artistic practice. She finds inspiration from the world of theatre as well as from games and popular culture. By staging ostensible everyday objects she transforms and disrupt the spatial forms and codes of a given space. Béna studied fine arts the Villa Arson in Nice, France, and at the Royal Academy of Arts in Brussels, Belgium. She currently has a show at Joseph Tang Gallery in Paris and she has exhibited at the Palais de Tokyo, Fondation Ricard, la BF15, Noisy-le-Sec in France, Song Eun Art Space in Seoul, Korea, Nettie Horn in London, Fonderie Darling in Montréal, Fahrenheit in Los Angeles and during Performa 013, New York. She was a resident at Le Pavillon at the Palais de Tokyo in 2012-2013. 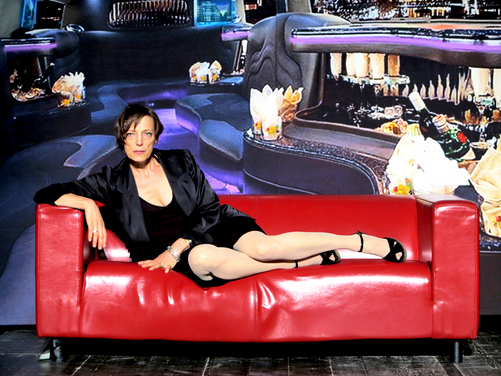 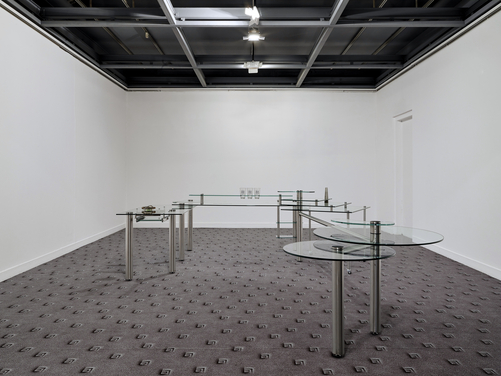 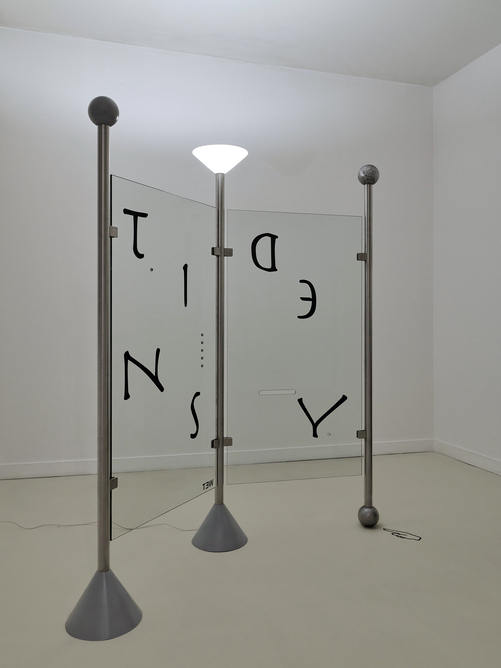 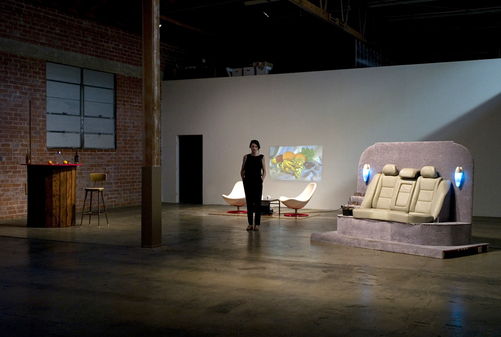 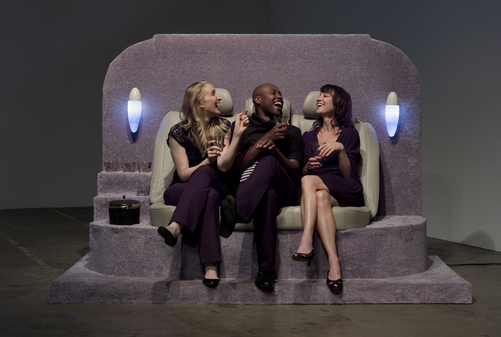 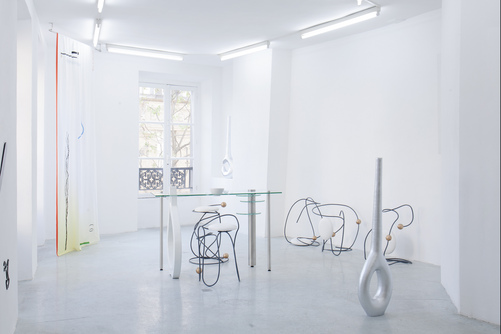 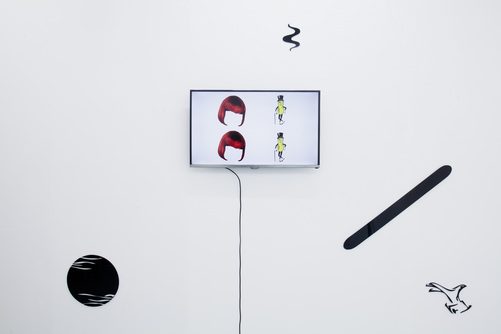 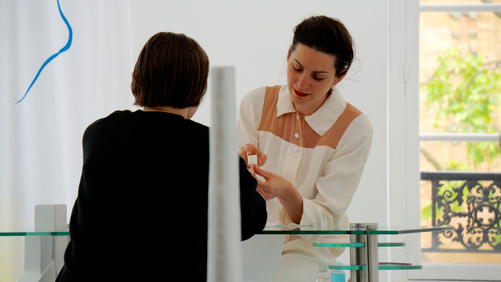 I have been following the brothers Florian & Michael Quistrebert (1982 & 1976, FR) since their residency at the Rijksakademie (2012-2013) in Amsterdam. I’ve always been a big fan of their work and now I’m going to work with them for the first time in Paris. In their paintings and videos they use geometric forms, such as circles, squares and lozenges, that they invert, multiply and overlap to create complex mirroring effects and symmetrical patterns. The outcome is never really smooth and neutral, but show through the use of ‘poor’ materials like paste, bleach and sand the imperfections. The brothers reinvestigate the vocabulary of modernism, futurism and optical art in their work. But the spiritual quality is also of great importance in their practice. In the same way that Emma Kunz and Hilma af Klint approached geometric abstraction as a means of structuring philosophical and spiritual ideas. For this reason I invited Florian & Michael Quistrebert to be part of the group show at Le Moinsun in Paris that investigates art as a healing tool. The brothers graduated from Ecole Nationale Supérieure des Beaux-Arts in Nantes. They were nominated for the Prix Marcel Duchamp in 2014 and exhibited at a.o. Centre Georges Pompidou, Palais de Tokyo, Marrakech Biennale, De Hallen Haarlem and Dundee Contemporary Arts. 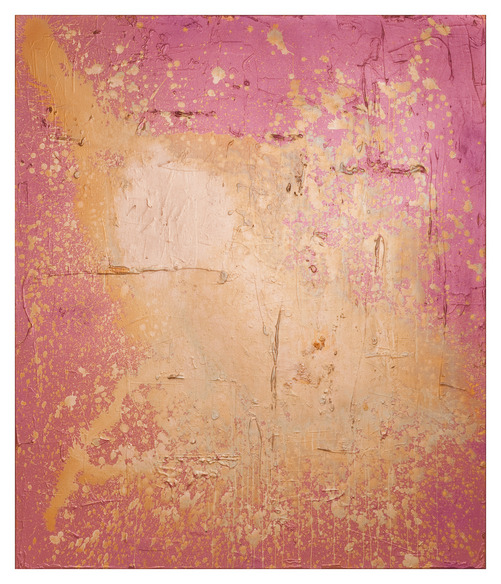 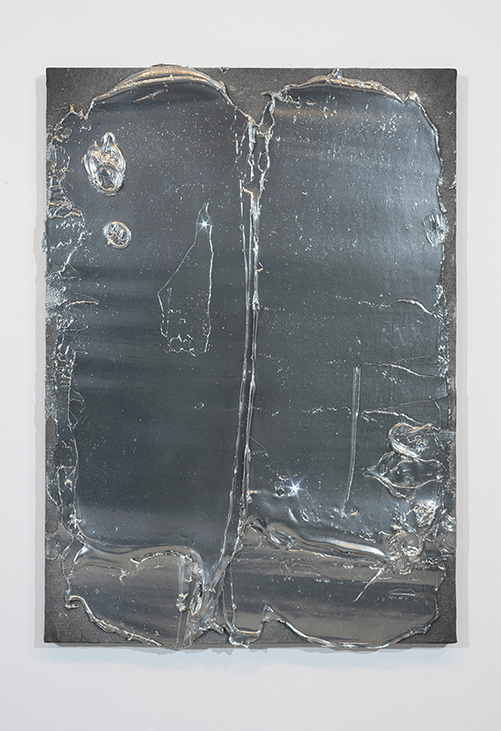 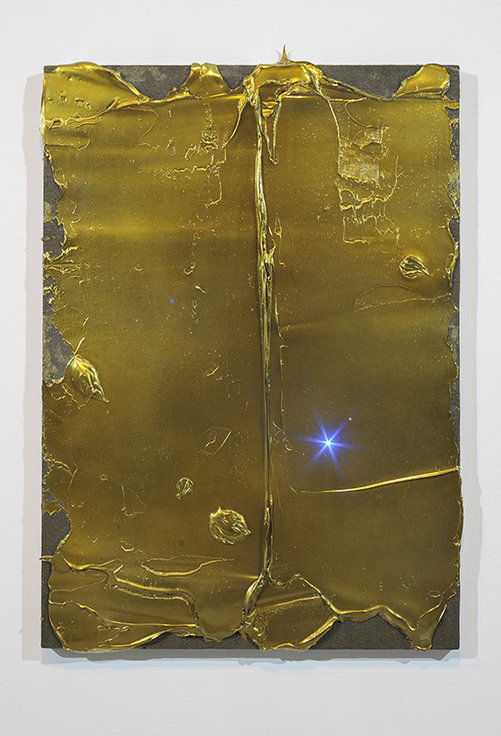 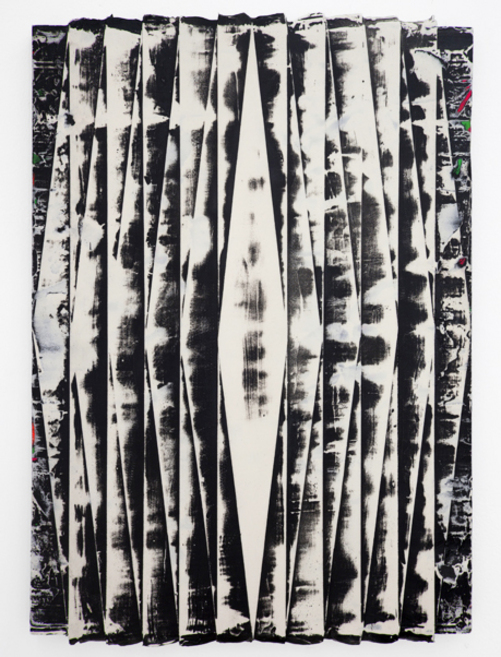 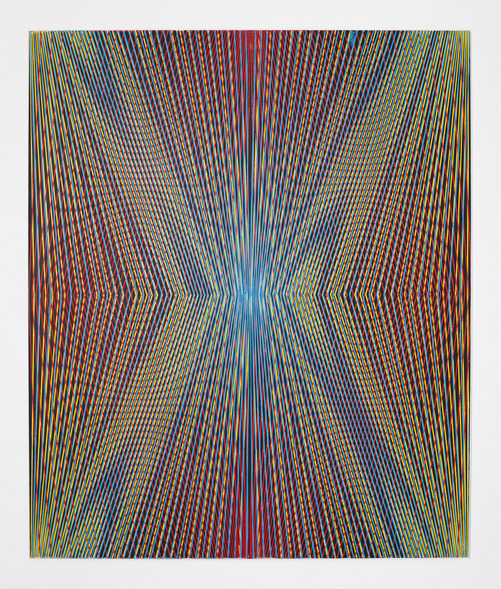 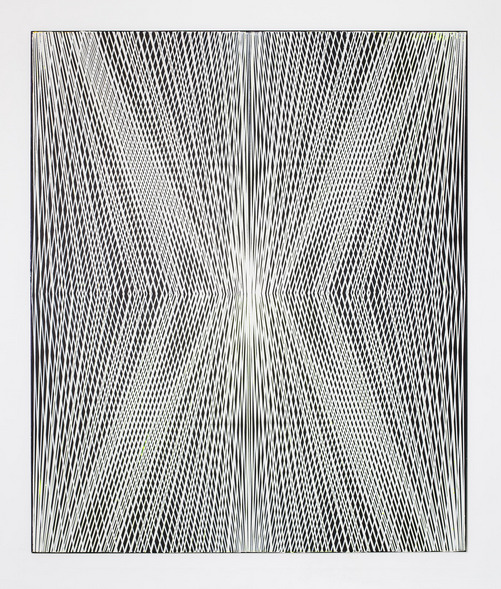 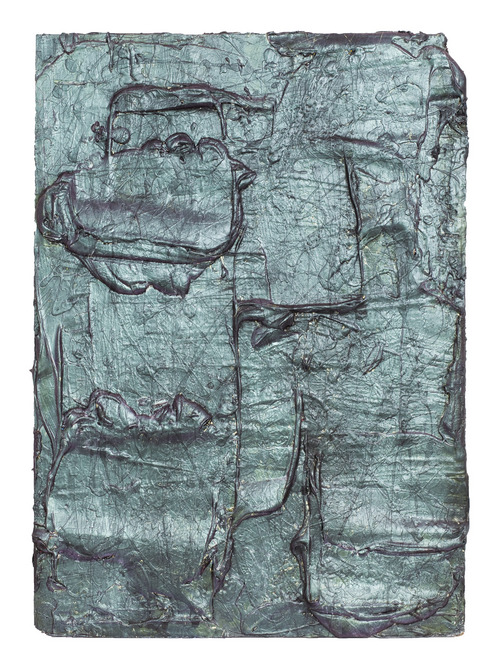 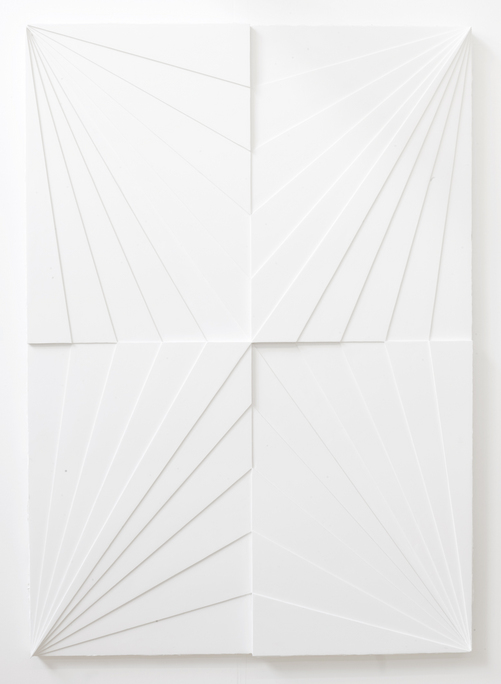 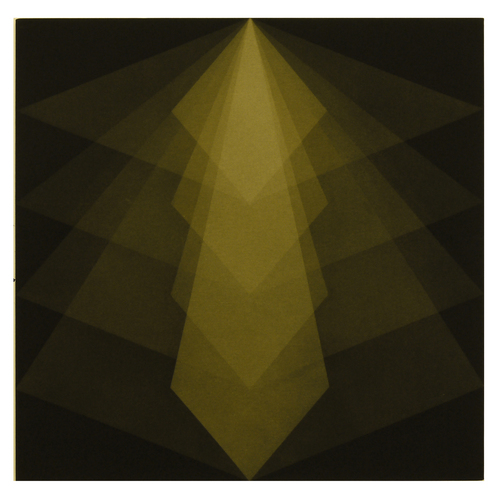 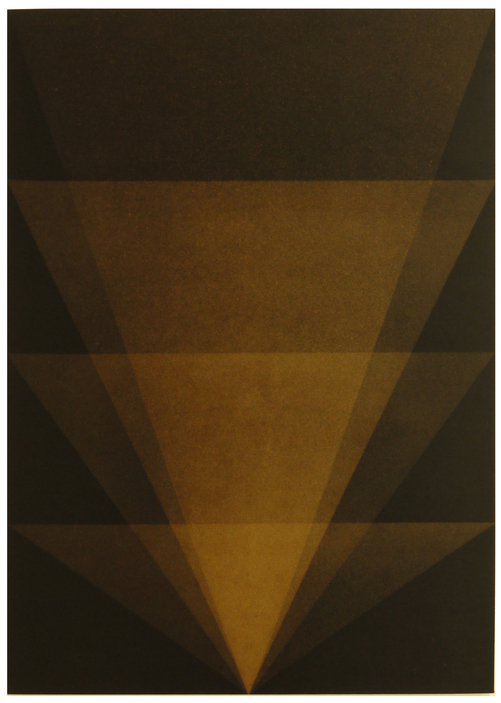 Julia Geerlings (1985, Amsterdam) is a curator and writer based between Amsterdam and Paris. Geerlings studied Art History at the Freie Universität Berlin (BA) and at the Vrije Universiteit Amsterdam (MA). She writes regularly for Metropolis M, Tubelight and Museumtijdschrift. She is currently curator of ‘Nachtelijke Dwalingen’ a performance program the Oude Kerk in Amsterdam. These performative walks are organized by different artists and each have their own starting point, in which the hidden, forgotten and obscure aspects of the Oude Kerk as well as her environment the red light district, are examined. She is a curator and member of the art committee at the Thomaskerk, a brutalist church from the sixties in Amsterdam and since recently a guest curator at the non-profit space Le Moinsun in Paris.

Le Moinsun is a non-profit organization dedicated to the discovery and promotion of contemporary art. It invites to explore the aesthetic challenges of today and the relationships between the various actors in the art scene such as artists, curators, critics but also graphic designers, photographers and architects. Le Moinsun was founded in January 2011 by the artists Matthieu Cossé, Alexandre Désirée and Renaud Perriches in collaboration with curator Louise Grislain. Since September 2012 Renaud Perriches took the artistic programming and the organization of Le Moinsun solely over. Every year Perriches invites a collective or curator to organize one or several exhibitions.