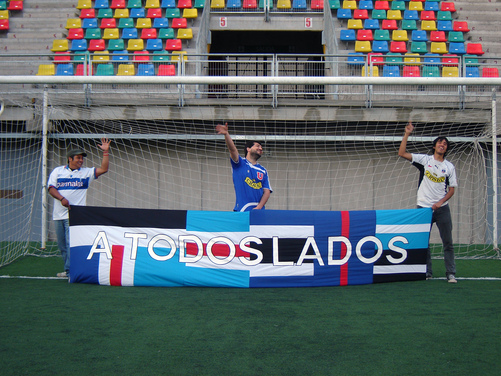 This group of artists represent, in their own perspective, a way of approaching a city that grew and faces its decline as a community. In their work there is no an identity or clichés regarding political violence or drug trafficking, repetitively present in Colombian art. Instead, his works testify other conflicts that can spin an investigative narrative about contemporary culture and world.

Bucaramanga is a Colombian city in South America which accumulates more than one million inhabitants in its metropolitan area. In its urban space, getting denser every day, its authorities are torn between overpopulation, short term political executions and limited new spaces for young people. Its infrastructure rivals any other city in Latin America, but its culture has regressed decades, mainly because of the deep penetration of easy money coming from a rampant crime and a massive boom in mining and oil. These ingredients seem to deepen the community’s inability to see itself interconnected and enriched by its people.

Artists can hardly be identified with elements that haven’t been inserted every now and then directly from the universal production centers, or to be perceived as a folkloric evocation postcard. First Paris, then New York then Sao Paulo or Beijing have recently been setting up vanguard imaginary in which recycling and adaptation persist. With a commercial vocation, which has always defeated an artisanal or industrial tendency, this city sets the decorative trend that prevails in the end. What looks like a tendency, ends up being a fashion trend, with some degree of on receiving contemporary messages. Plastic contents are now and then transferred as a judicious copy of the originals. In this context three local artists have developed a process and a job that sometimes seems to resists local conditions but also supports tradition and searches a self-expression. A certain resistance to contemporary paradigms in which these concerns are now obsolete, encourages this exploration of new ideas into global margins.

As director of Galería LaMutante (www.galerialamutante.org), for seven years, Cadavid has promoted activities and actions to draw attention to the work of other artists from and outside Bucaramanga. This project promoted performance festivals, art auctions, national and international artist residencies, exhibitions of artists in conventional and unconventional spaces, curatorial, artistic journalism and project management among others companies. A number of shipmates have adventure with him, but always have been a formation of three people. Currently LaMutante has earned a place of legitimacy in the country, the quality of its project execution, innovation and the ability to do a lot with very little.

Cadavid also develops other plastic production individually. His work stems from the beginning in a search and diverse development: street art, painting, drawing, utopian architecture, relational art, photography and video have become a bill in his work that allow you to move certain property in the visible areas. His speech and his ideas have become ruggedized trials and have begun to share with younger artists even in training. His work gained visibility through its presence in major exhibition events, his education in Chile and its interaction with artists from Latin America and the world. His work continues to have a presence on the street, where occasionally his cut out and mounted silhouettes are seen on concrete; without abandoning museum or gallery pieces with a clean and intense presence. Some of his pieces have reached installations and performative art naturally, holding an open dialogue with materials and showing a great interest on manufacturing, urban contexts, contemporary men’s existential problems and its possibility of influence the local artistic field. 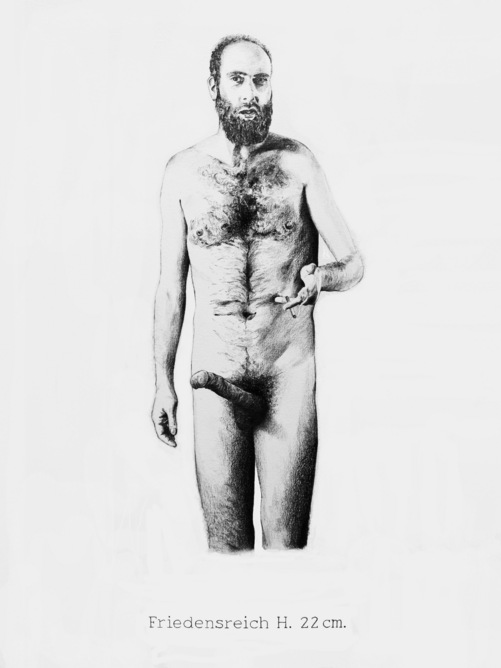 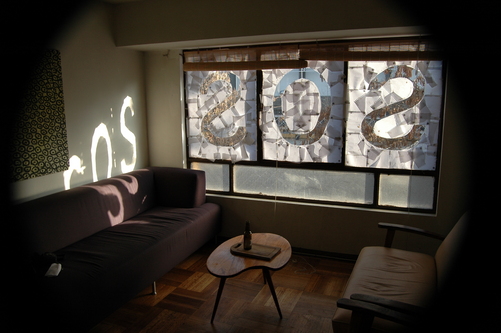 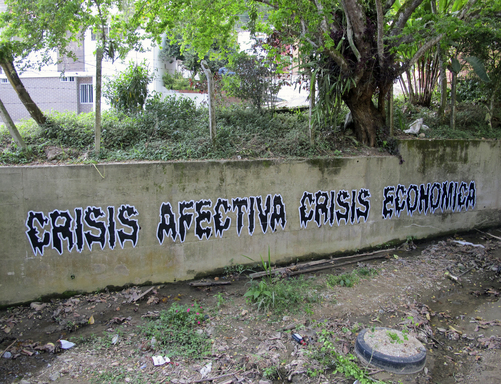 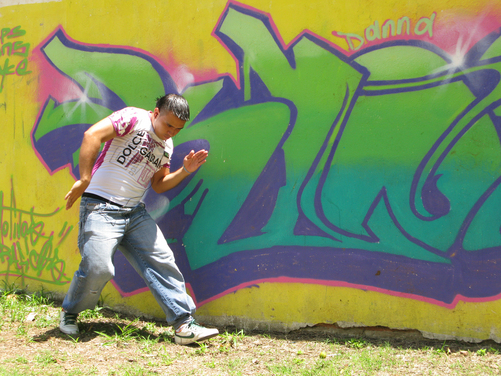 Artist of the area, Pablo Rincón blurs the boundaries between painting and sculpture. His paintings are actually blocks of cut wood and sawn with chainsaws and axes, reveals various facets of the local craftsman: the carpenter, the welder, the mechanic or the tinker. His woodworking evidences the overlapping layers starting from a seemingly random pattern that ends up revealing a deeply emotional and totalizing mapping. In each piece seems to be a summary, a group of surfaces in which it prevails a geographical plastic ending. Pablo learned directly from modern painters art, late heirs of dying roles, who endured with some acceptance, the arrival of these foreign fashions. 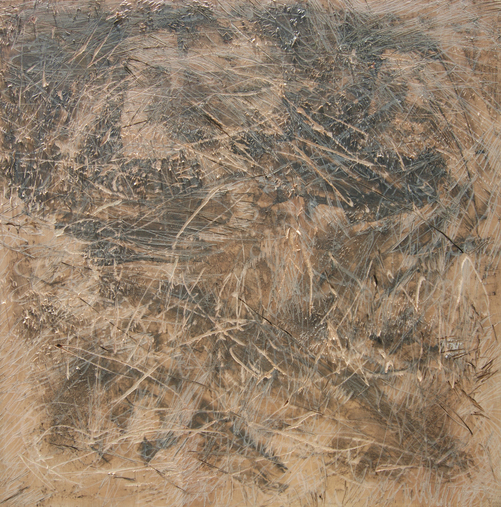 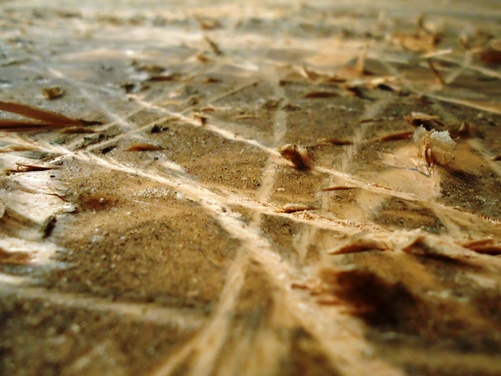 Rincón prefers individuality, the tool steel thud and deafening noises of the machines when polishing, sanding or extracting the organic fibers of the wood. An undefined score  defines the artist´s movements and abstract lines end up turning into real stripes, sometimes deep cracks on the previously applied paint on wood. His work lets the street sounds, filtered by a pictorial code, in the eye of the beholder. In the interpretation of these torn and semi destroyed scores, one can hear the sharpened edges of the unspeakable, the mute barbarism that is yet to be discovered and hasn’t been forgiven. Pablo Rincón paints today when painting has everything to say in a society that is muted. 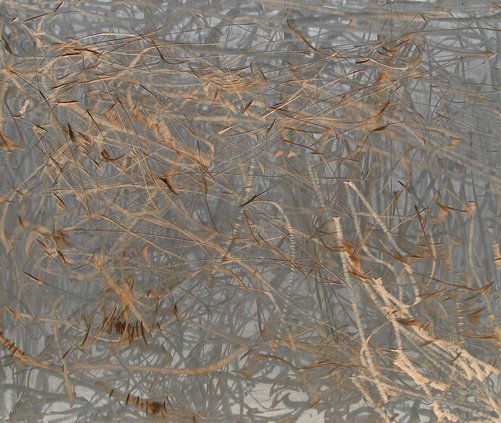 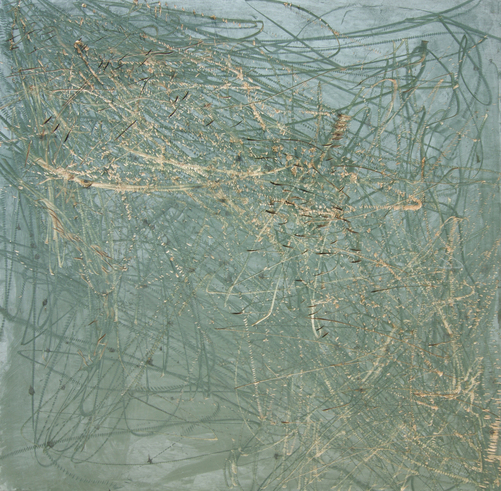 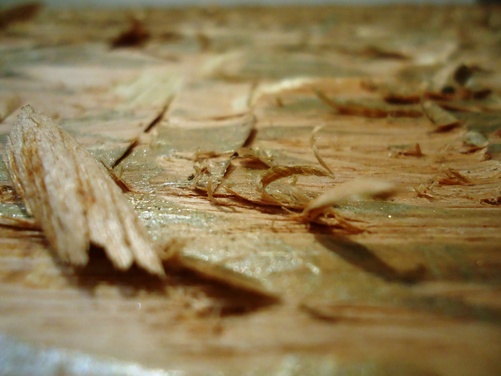 He is an artist trained in museology and takes his work as an organized body in series and facets. It has come to have a genuine independent voice in the local environment that hasn’t stopped him forwarding his work all over the country. His work has served as an influence on his contemporaries and younger artists in the city. First his concern to detail, drawing and designing have allowed him to explore the world of fashion. His early patterned pieces hinted a serious concern for objects and spectral presences.  Autobiography and self-fiction are combined in a work that is close to poetry. The family album photos, dresses and costumes, fixtures, accessories and magnified details combined in two and three dimensional collages that are sometimes contained into small museum pieces, or engaged in an open space dialogue. 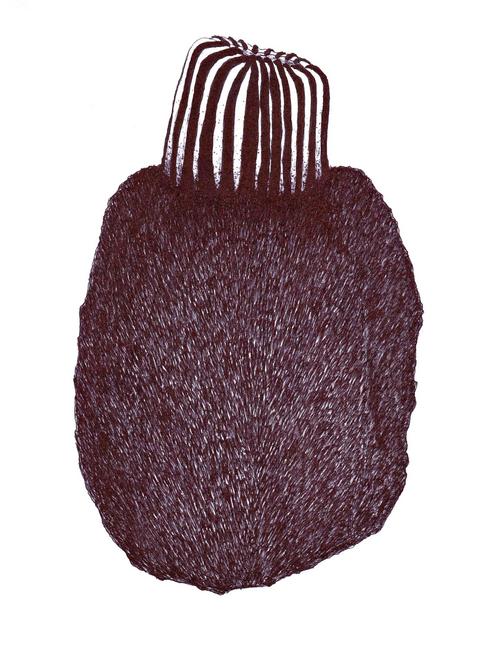 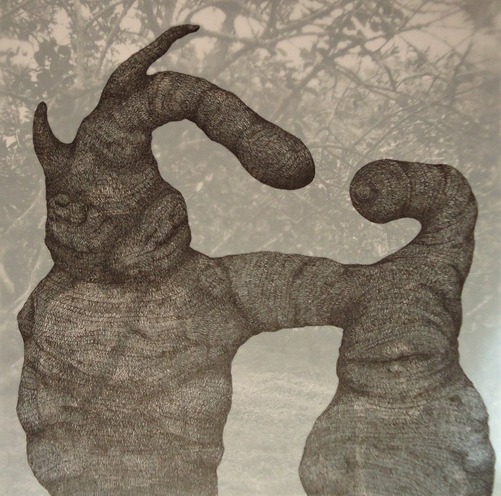 The composition and palimpsest stand in his latest work. In his search he has explored the historical record, the forms of insects, micro-organisms and the hyperbole of a monster in a literary and biological sense. A thing as a neutral form is a receptacle of graphical proposes that fits a typology in which lithographic agencies, images of the twentieth century, deformed characters or visual tropes are alternated. Serrano orders in each of their projects a proposal containing in turn a way to view contemporary art, without visible boundaries, but with certain axis and principles which can guide the common man’s view who remains largely out of the art production today. 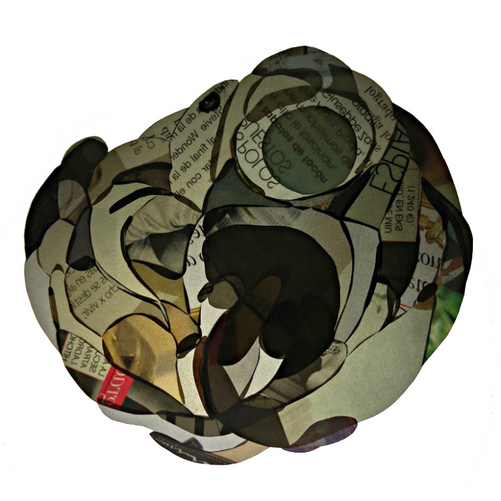 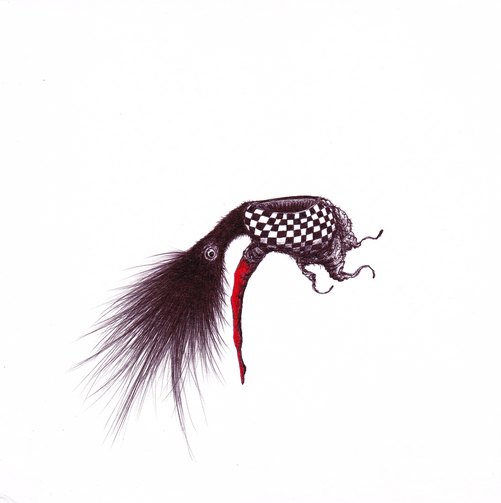 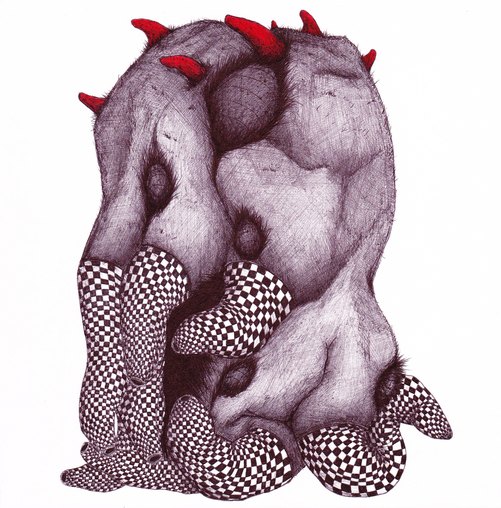 Alberto Borja studied Industrial Design and Graphic Design in the 90s before completing studies linguistics and literature. In that decade he did his first exhibitions with drawing in miniature and painting in large format on paper (1994-1999). Then he had an experience as a photographer of consumer products and as a consultant in logistics and e-commerce before deciding to return to painting and art. In the last five years (2009-2013) he made new solo and group exhibitions with painting, drawing and objects. Borja was selected to participate in the last two editions of the regional exhibitions of artists from the Ministry of Culture of Colombia, he did an artist residency in Bogotá (2012) and have had the opportunity to curate exhibitions from various artists and publishing some articles on colombian art and artists. Currently he prepares a joint exhibition with the most recent of his work consists of one string guitar with open interiors. His work as an artist includes pieces with cigarettes, wood, drawing, paper, advertising material and one string guitars or diddley bows. Borja is a professor of linguistics for speech therapists and associate curator of an art gallery in Bogota. He is finishing a Master of Philosophy in Universidad Industrial de Santander (UIS) on the theme of the body in Six Drawing lessons from South African artist William Kentridge (2012-2013) and he is a researcher of the line of hermeneutics and phenomenology at the same university.