Visual image as symptom: Memory and unconscious in the post-photography era 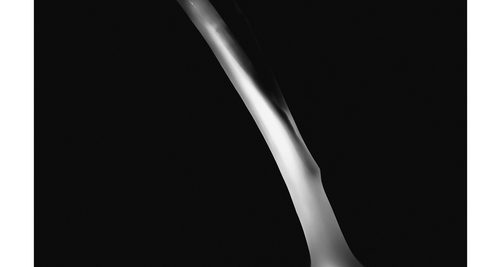 Visual image as symptom: Memory and unconscious in the post-photography era

“We live in the post-photography era.

We are all homo photographicus.

But few can call themselves photographers.”

In modern times, photography has played a central role in “creating reality.” Yet today, the way in which we relate to visual images and to photography itself has changed fundamentally. In an age where positivism reigns supreme, photography seems to have been demoted to the service of our “own models of reality.” As images bolster this capitalization of the self, we are well served to recall that the true art of photography lies in using metamorphic, regressive processes to cast light on that which was previously invisible.

This project sees visual image as symptom and photography as dialectics, as theorized by Freud, Warburg, Benjamin, Einstein, Bataille and more recently, Didi-Huberman. In the images presented, psychic models give rise to visual paradoxes. The pieces are operational concepts in and of themselves, agents of a critique of representation whose symptom is the singular interweaving of time and space. They are a Pathosformel, the involuntary and discontinuous expression of a far-off memory – that memory which humanizes time and has always reflected photography’s reasons to seek greater individualism and universality. A memory which takes shape in the physical gestures ingrained within each image.

My proposal for the Alternative Art Guide features Angela Colonna, Andrea Morucchio and Larry Paul Scott, three professional photographers who capture the visual experience as symptom. By experiencing the space of reality through an internal lens, they revel in the micrology and archaeology of the image, as well as in its complexity and over-determination, underscoring how depictions ebb and flow like dreamed reality. This procedure brings forth visual thoughts whose power lies in the affinity between formal creation and the inquietude of the creative process, an inquietude which inhabits physical and psychic spaces, eschewing causality or physical conceptions of time.

This trio’s images epitomize the dialectics of the visual image – at times independent and unsettled, at others primal and new. Through their deliberate gaze, they decelerate the ever-accelerating process of reading images, bringing order and meaning to the passing of time. All three work in a reminiscent present, focusing on the truth of transcendental moments, the essence of things, and places as repositories of power. Image-fragments of deterritorialization emerge from their series of photographs – physical and psychic, external and internal, spatial and linguistic, morphological and formless, sculptural and discontinuous. Their elective affinities are largely structural: a photograph is the visual deconstruction of the visible, of the reality we tend to perceive, reshape, reconstruct and re-imagine through an introspective, internal model of conjecture and deeply-rooted depiction.

Colonna, Morucchio and Scott share a phenomenological notion of the invisible. Their works unveil and convert the space of reality: restoring its material, poetic peculiarities; exalting estrangement; reconfiguring time. As such, each snapshot becomes a single, easily identified frame in an experimental film, where the enigma of the visual image is at once existential, mental and empathic, where physical setting, internal experiences and the visible finally coincide, imbuing our models of reality with renewed truth.

A photographer and architect based in Venice, Italy, Angela Colonna has participated in numerous Italian exhibitions and been featured in major photography contests. Steeped in a deeply introspective, metaphorical artistic consciousness, Angela’s photographs exalt the intimate gesture that calls for the expression and reminiscence of an original, fundamental, anachronistic reality. Through her profoundly poetic and aesthetic visual language, Angela’s static isolation of form and compositional synthesis dialectically underscore the fragility and force of her images – at times the symmetrical reflection between presence and absence, at others a visual documentation of existence. Focusing primarily on interstitial moments, her work strips away veils to access hidden insight into the ways we interact with places and things. Her deliberate gaze awaits the harbingers of darkness and resurrection, while the oscillating distance of images conjures up feelings of nostalgia. Colonna thereby aims to (re)create a visual experience of memory – of all its nooks, crannies and subterfuges, both real and imaginary – in order to delve into the secret relationships between things and reveal the stratification that typifies our heterogeneous times. 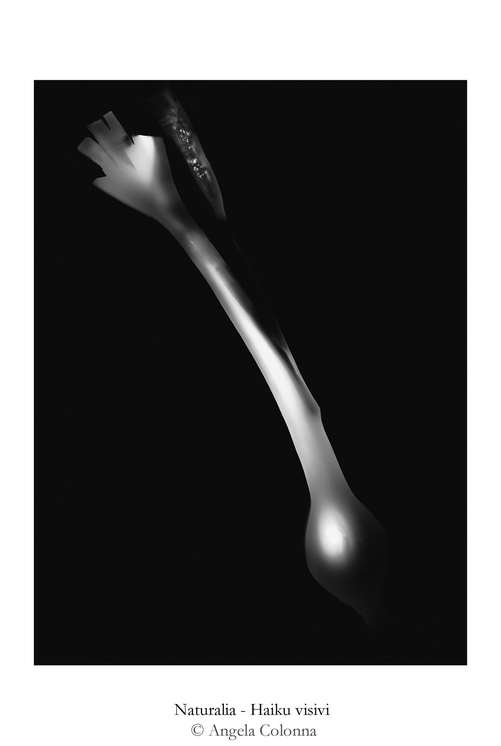 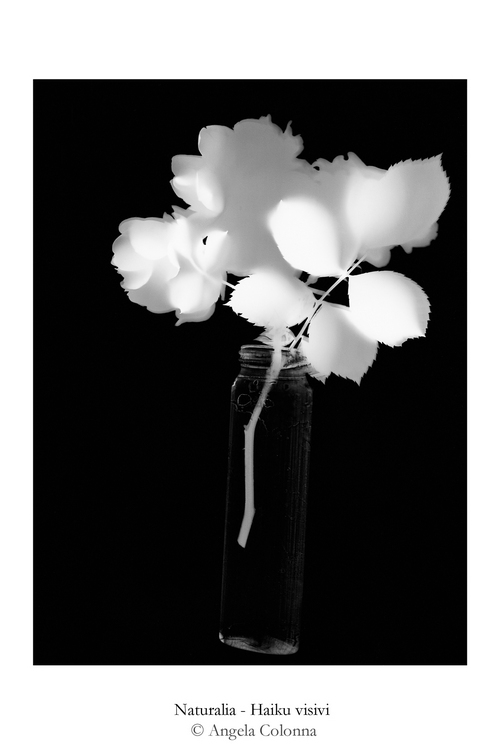 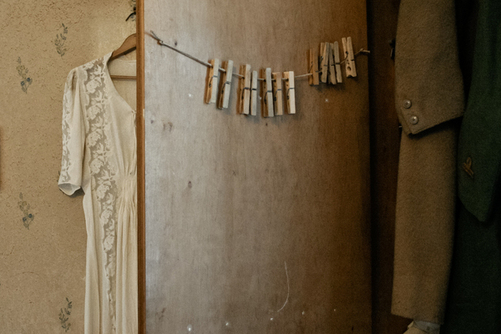 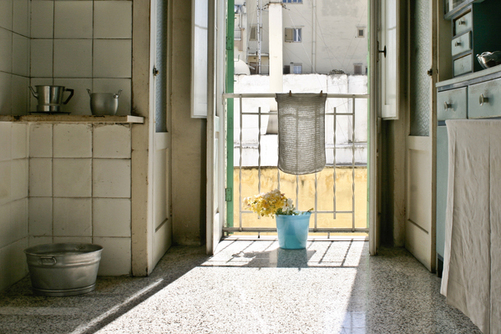 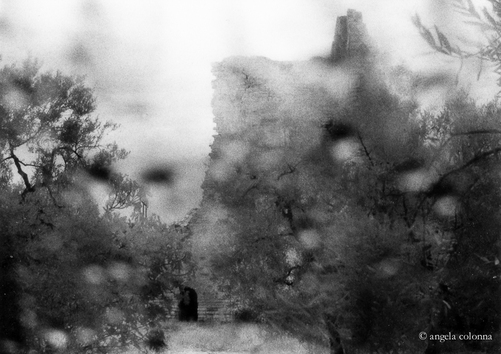 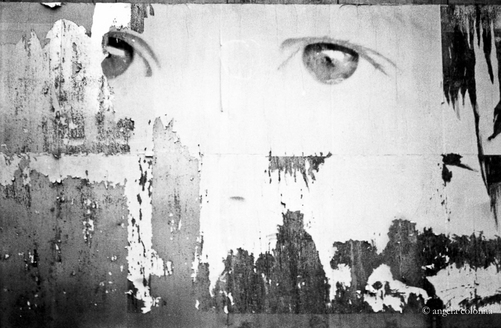 A regular feature at numerous international exhibitions, Venetian artist Andrea Morucchio blends photography with other contemporary artistic practices including performance art, installations and video art. By dislocating visual markers, reinventing spaces, and reconfiguring depictions, Morucchio nurtures a multi-focal view of photography and experiments with the processes underlying how we perceive forms and images. He dialectically expands the viewable panorama to a discontinuously transcendent reality, where space is experienced through unusual – and therefore private – layers of depth, while differences and repetition meld together, playing with the appearance of distance and the symptom of the visible. In a critique that focuses on phenomenological reflections of aesthetics and the enigma of boundaries in contemporary times, Morucchio contemplates urban sprawl and the solitude of industrial ruin as they attempt to forge new identities to overcome this time of crisis. Underpinned by architecture, territory and landscape, Morucchio’s images anthropologically reshape their unknown, static, unconscious and indefinite dimensions, creating dreamlike, fascinating photographs that celebrate the dualism of mental and metaphysical territory and the sacralization of space. 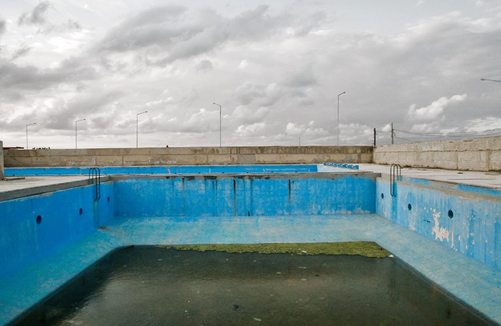 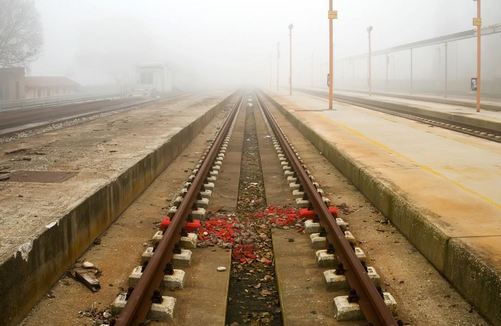 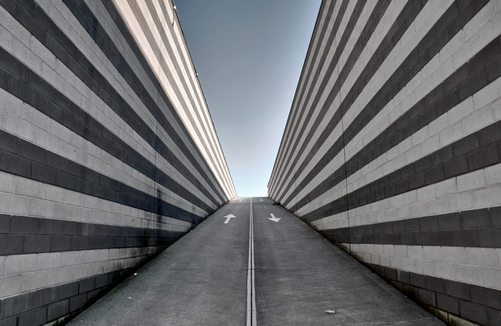 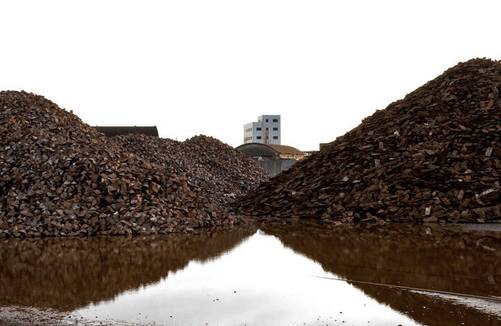 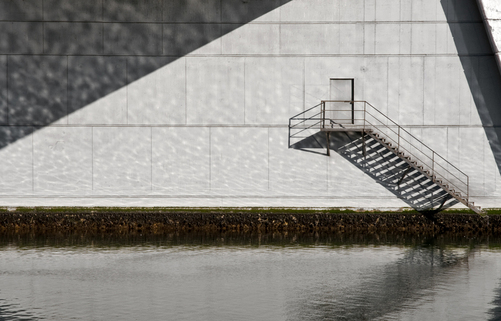 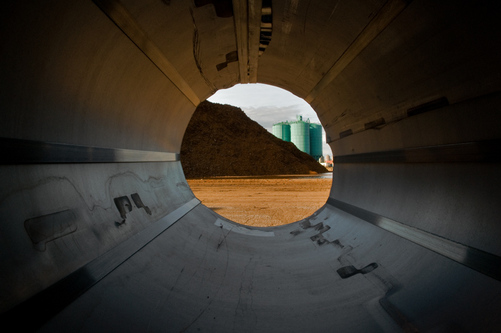 American photographer Larry Paul Scott works in both Milan and New York. Through his deliberate, non-referential gaze, he portrays the melancholy nature of social and urban landscapes through snapshots of everyday scenes. His virtuosity shines in trailblazing photographic compositions, black and white diptychs and triptychs featuring sculpted tones and syncopated rhythms, where images are coupled to create a sense of narrative déjà vu amidst stillness, where the spectral, psychic transitoriness of subject and object is blended with frames seemingly suspended in time. The discontinuous nature of his improvised collages derives from his speculative tone of empathic criticism and a latent visual memory that begets a sense of impending surrealism and a metamorphosis of conventional reality. Unconsciously spellbinding photographic montages help us approach the fluctuating nature of the visible, depicting the phantasmal ambiguity between consciousness and unconsciousness and the regression and progression of explored time. Scott’s oeuvre thereby evokes a disquieting sense of strangeness in which altering apparitions give rise to a dialectic of desire steeped in reflections, offering up an alternative to the real world and the images within each of us. 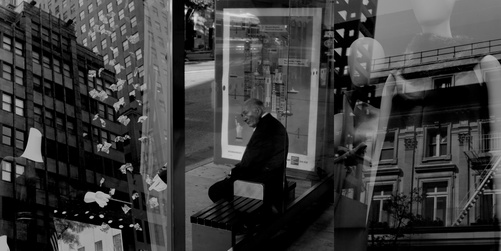 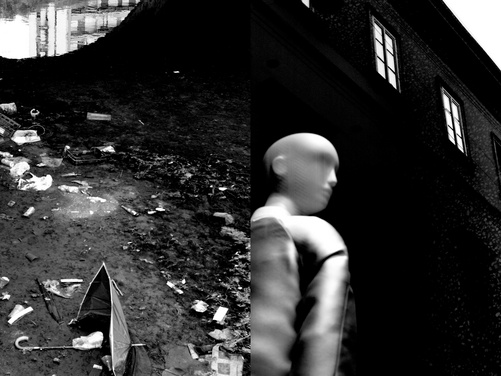 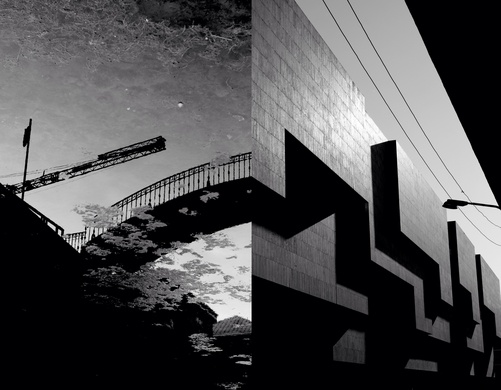 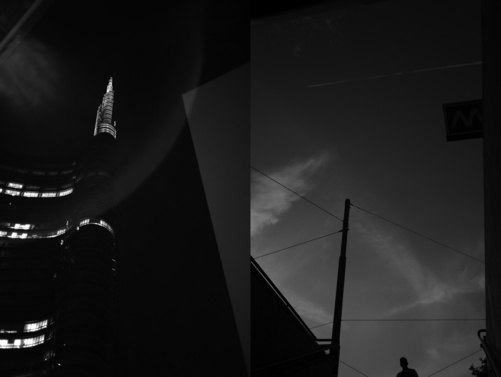 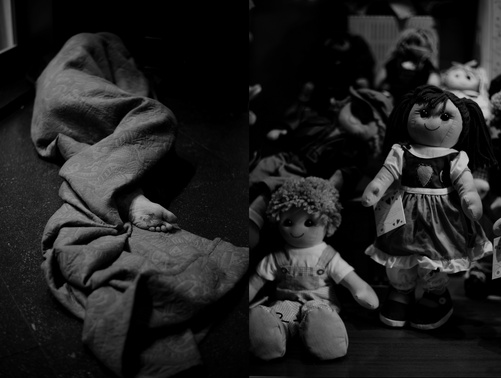 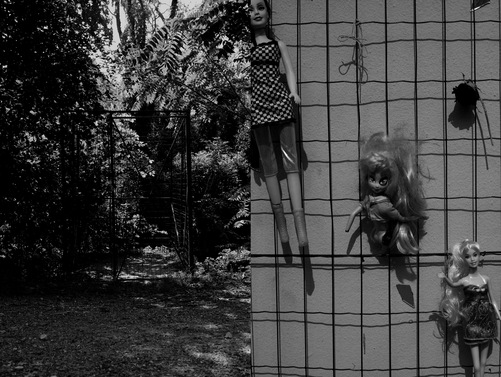 Laura Cornejo is an art writer, researcher, independent curator and cultural agent based in Venice. Currently completing doctoral researcher on Contemporary Art Theory and Cultures, she received her B.A. in Art History from the University of Girona and M.Phil in Contemporary Art from the IUAV in Venice. She is the Italian correspondent for Artishock and A*Desk magazines, and also pens art criticism for Sardarch, My Art Guides and various academic journals on visual arts. Her curatorial work includes experience with art galleries and foundations in Spain and Italy, where she recently curated the exhibition Prospettive senza (con) FINE (Tiraoro e Battioro Art Space, Venice, 2014). Cornejo also served as the communication manager for the My Biennale Guide for the Venice Art and Architecture Biennials and is co-founder of Colonna&Cornejo, which provides photojournalism and art critique to magazines all across the globe. As a cultural agent, she offers art project management services and cultural events communication. Her current project: creating a collective platform for contemporary art in Venice, an incubator targeting international artists and creative thinkers interested in developing ideas in and for the city.