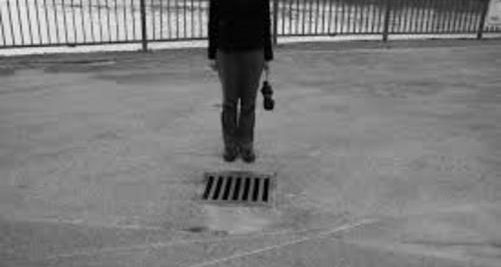 We, at GENERATOR, have chosen three artists we would like to highlight as being symbolic of the ethos that has seen Dundee become a city more suited to the fledgling visual artist in recent years. Whilst it is no surprise that in a city so small all the practitioners seem to know at least of each other (and then even come to work together on a project a matter of months after officially meeting) it is no less pertinent to point this out as Dundee’s greatest strength: a collective ethos that makes a mockery of any notion of neo-liberalized ‘competition’.

Dundee is a small city located on the East Coast of Scotland. With an art school challenging the rankings of the renowned schools of Edinburgh and Glasgow, Dundee has a large creative student population – however struggles with an on-going battle to provide a sustainable environment for artists to practice within after graduating. This dilemma has in recent years inspired several artists to try to change this situation by dedicating their time to the facilitation of setting up affordable artists’ studios, creating new exhibition spaces and developing interdisciplinary platforms for the discussion and the promotion of locally made work.

These grass-root endeavors can only try their best to succeed in their ambition to allow Dundee to become a feasible place to live and practice as an artist. Outside of the global art world perhaps, there is another form of practice taking place – an alternative ethos that, due to the almost entire removal from a recognized art market allows for cross-organizational support rather than direct competition. Artists and organizations often support and work with the same individuals across different time spans, creating a personal and institutional network. Is Dundee actually at an advantage to other major cities in the U.K. due to its ability to allow talented artists to push boundaries and make work (even if less frequently than in other cities).

The artists that thrive, and perhaps do not get the recognition they deserve within Dundee, are those that manage to juggle the many tasks involved in both the creation and facilitation of art- as well as keeping a roof over their heads. The first part is obviously challenging – maybe even more so considered the lack of space available in a continually gentrifying city such as Dundee. The second part- perhaps doubly so- as nationwide economic struggles create a climate where any job is a success at all: never mind the ability to choose a job which fits with your creative time-scales. All the artists selected here by GENERATOR work numerous jobs, often unrelated to their practice, and their selection signifies what can be achieved with such little means and (more importantly) time at one’s disposal.

Jo Helfer, in 2010, along with four other fellow artists sat around, had a curry and decided to take a niggling frustration into their own hands and set-up affordable studio spaces in Dundee. Four years on, this space (now known as TinRoof) is situated in an old warehouse, houses twenty artist studios, accommodates a small white space and offers a graduate internship. After years of hard work, Jo has continued to find the time to practice as an interdisciplinary artist and film-maker, working collaboratively and from a local context. She also works as a community artist for Art Angel and the Hot Chocolate Trust. One of her most recent works, ‘Nablus: Our Twin City’, is a series of three films that are focused on a exploration between the culture of Dundee and it’s twinned city, Nablus in Palestine. 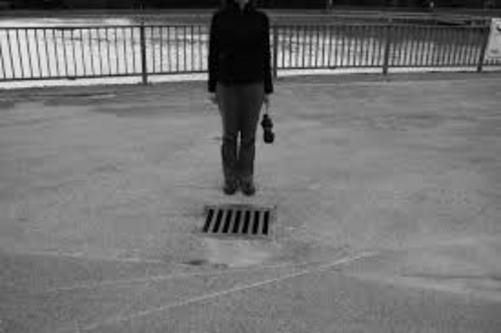 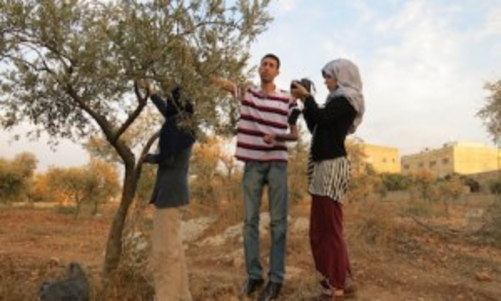 Still from film 'Nablus Our Twin City – The Film' by Jo Helfer and Jessica Ramm, (2013)

Sean Scott is another Dundee-based artist, who since graduating only a year ago, has thrown himself full-heartedly into developing a platform for printed publications in Dundee. Currently working between projects with ourselves at Generator, the Cooper Gallery Curatorial team, being a graduate intern at DJCAD ( local art school) and working in the edition department at Dundee Contemporary Arts, Sean can only be described as dedicated to artist publications. 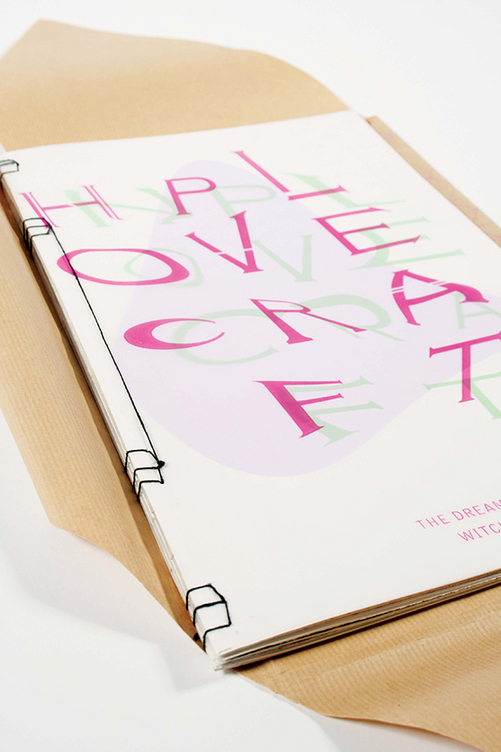 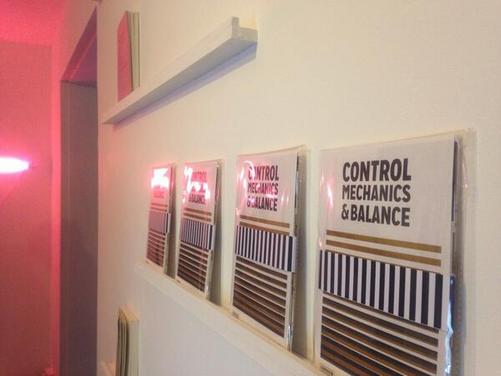 Becca Clark graduated from Time Based Art and Digital Film in 2012 from the local art school with a degree show which playfully engaged with urban signage and the hidden codes of urban architecture. Since then, she has been employed as a cleaner and arts institution factotum, experiencing the very different sectors of the service economy. Her practice nowadays involves the creation of rough and ready black and white zines often documenting the mundane trails of her daily existence. Since 2011, she has been involved in the steering of the widely respected Yuck n’ Yum along with another five locally based artists on the Yuck n’ Yum committee. Originally a zine started in a bedroom, Yuck n’ Yum seized it’s function as a zine only last year with the organisation now re-focused on becoming ‘art label’. Becca will be actively involved with this transition. She also is the co-director of Ickle Film Fest- a hugely popular platform for video art in Dundee. Ickle is a self-funded project which looks to show the best artist films possible in various venues around Dundee. 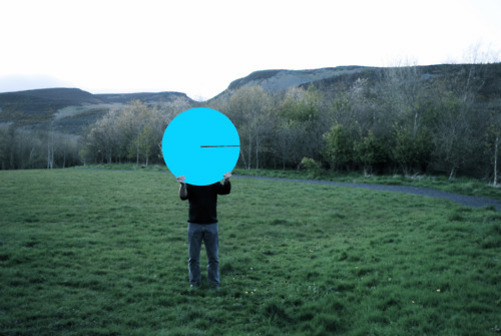 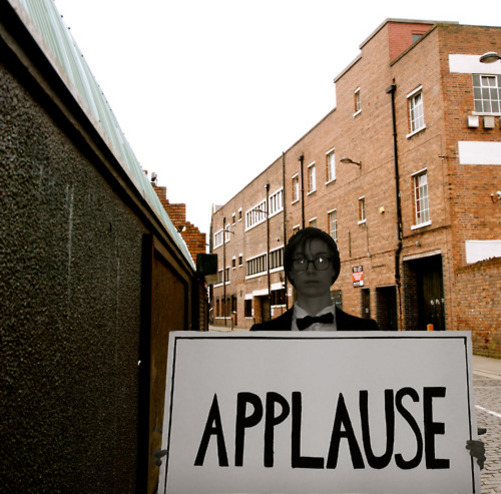 Generator is a Dundee-based organisation established in 1996. The aim of the organisation is to generate vibrant cultures across Dundee through providing sustained support towards artistic practice in all its diversity and a varied programme of exhibitions and events.

Alongside the primary aim of being collectively held by those who wish to engage and support the continuation of the organisation, Generator hosts a project and exhibition space better known as Generator Projects. This space was established to allow creative practitioners, developing experimental, critical and/or contemporarily relevant work, the opportunity to exhibit. It is facilitated by the Generator committee, a rolling collective of volunteers, who dedicate two years of their time to ensure the continuation of this programmed space and the broader aspects of the organisation.

A by no means exhaustive list of artist led initiatives in Dundee:

TinRoof- Set up by artist Jo Helfer and her friends, continues to provide studio space and opportunity for exhibitions. http://tinroofdundee.org/

Yuck n’ Yum – Moving from a zine to an art label. http://www.yucknyum.com/