Into the Archeology of Social Experience 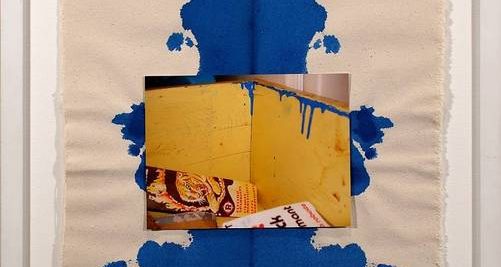 Into the Archeology of Social Experience

Vancouver is a city that is plagued by the beauty of its natural surroundings. Situated in a rain forest between idyllic mountain views and the Pacific Ocean, it is a city on the edge of a gilded precipice. Much of this city’s artistic legacy is defined by its relationship with the landscape and more recently photography. So what comes after photo-conceptualism? This inquiry seems to be one of the most fundamental questions asked by artists who live and work in Vancouver. Answering that question requires a moment to think of recent photo-based artistic discourses, a desire to move beyond formidable vernacular academic traditions and discover complimentary disciplines. For Sean Alward (http://www.seanalward.com ) and the collective known as The Everything Company, their respective artistic practices engage a multi and interdisciplinary context that allow them to think beyond intellectual and artistic boundaries, incorporating personal and didactic interests in archeology, history, pedagogy and the nature of social interactions to inform what lies beyond the perceived precipice.

Sean Alward’s concept-driven practice is informed by and begins with painting. His research into the vernacular West Coast landscape of Canada is complimented by an equally intense involvement with photography and archeology. Self-acknowledged as an amateur archeologist and a member of a local archeological society, Alward’s interest in the vernacular incorporates personal and participatory experiences with the histories of First Nations settlements in the West Coast. Armed with a probing investigative curiosity, his artistic practice as represented by his painting installations and photo-collage works are imbued with a pseudo-archeological thematic and physical content that leaves an intense legacy of practical and potentially subjective pedagogy. 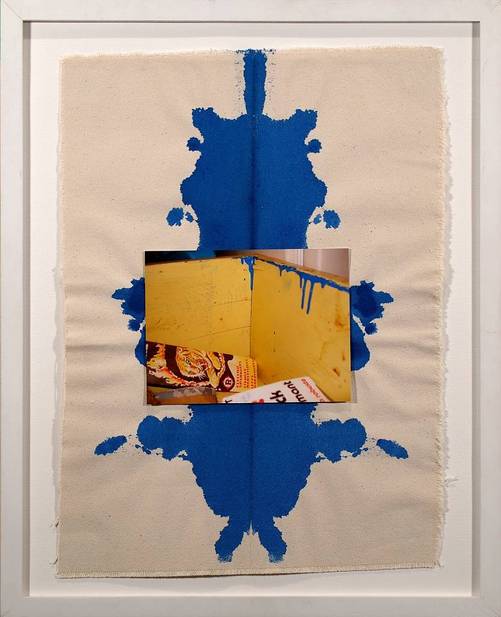 One memorable instance during a visit to Alward’s studio was my experience of confronting a large collection of small unframed paintings on linen, housed in translucent plastic boxes and meticulously filed in an administrative manner reminiscent of an archival cataloguing system. These paintings measuring a few centimeters in size are part of a larger, collective whole that are painstakingly arranged and installed by the artist during an exhibition. As I examine each of these small individual works, their abstracted and painterly patterns recall paint blotches from Rorschach tests. During one of his trips to a First Nations archeological site in Vancouver, Alward observed the excavation of a midden, an old dumping ground for waste. The midden was mostly filled with clams, mussels and other types of indigenous bivalves. Archeology has seen a fundamental ideological shift from the romantic and mere accumulation of artifacts influenced by the Wunderkammer or Cabinet of Curiosities of an earlier geo-colonial era, to the current intensive examination of artefacts that lead toward a psycho-social geography of an indigenous settlement. The banal and daily occurrence of meal preparation and consumption uncovers social structures that shed new meaning in understanding the evolution of social dynamics. These piles of shells, remnants of meals consumed long ago by First Nations people, allow us to imagine a societal system, a system witnessed and evidenced through Alward’s careful and thoughtfully considered installation of pseudo-archeological abstract paintings. 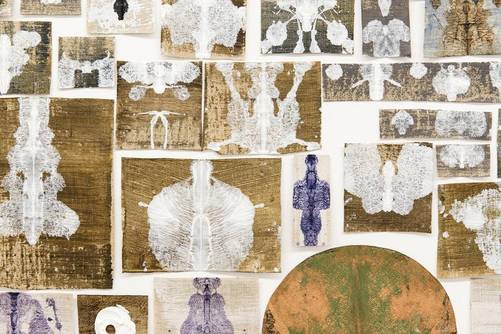 The Everything Company, Jason Gowans and Michael Love

For the collective known as The Everything Company, comprised of Vancouver-based artists Jason Gowans and Michael Love, the interest in the history and tradition of landscape painting progresses toward its implications upon photography as a post-photo-conceptual strategy. This strategy incorporates social mechanisms that are tangible and inherent within the medium of photography, mechanisms that activate social structures that are both in front of and behind the camera. The camera becomes one of a number of social apparatus that give The Everything Company license to execute projects that activate social currency, inviting an audience to participate in the experience and wonderment of a pseudo-photo-based installation. Certainly there are photographs involved, but my interest in their collective artistic energies lie within their involvement with social transactions and the use of photography as a mechanism for social practice.

Their most recent exhibition at Access Gallery in Vancouver incorporates photo-based images of landscape that deconstruct West Coast landscape painting tradition, its implied romanticism and its related aesthetic constructs and theories. Occupying half the gallery space is a large viewing apparatus based on a stereoscope that was constructed in human-scale. When one climbs up the steps to experience the proverbial view, the viewer peers down upon a proverbial cliff. In my personal experience of this apparatus, it became apparent that the apparatus becomes the instrument upon which social mechanisms are exposed within the act and practice of photography. Upon traversing the steps and peering down into the apparatus, I can’t help but discuss with other viewers what they thought of the view and the labour in trying to experience that view. As practicing photographers, both Gowans and Love acknowledge that the camera is an instrument of social practice. People perform in front of the camera all the time while the photographer coaxes them into posing. The camera becomes an unwilling participant, a catalytic agent both literally and figuratively with the potential for initiating social interactions and related social mechanisms. This potential for social interaction compliments their parallel practice of distilling spirits, mostly whisky and gin, for free distribution at predetermined “speakeasy” sites secretly situated within Vancouver. The still used for distilling the spirits acts as the catalytic agent in uncovering and enabling social gatherings. Although Gowans and Love have individual photo-based practices, their collaboration through The Everything Company is a conscious realization of their efforts to extend their collaborative practice onto the social realm.

In writing this essay, I wanted to offer a general account of artistic trajectories that I feel merits further thought and exposure. This essay in no way defines a prominent artistic strategy but rather sheds light on one of many strategies that is of particular concern in Vancouver. They are strategies that merit further critical inquiry. This essay hopes to provide a general and social account of artistic discourses and their respective involvement with personal interests and experiences. The works of Sean Alward and The Everything Company, through their investigative efforts and willingness to explore and share their individual perspectives through a creative discourse allows for a personal, democratic and pedagogical balance within the experience of art through its vernacular.

MAA – Museum for the Administration of Aesthetics is a nomadic entity, a research-based nomadic project concerned with issues surrounding the city and the social interactions involving architecture and the urban environment. As its current Director, Paul de Guzman founded MAA in Vancouver in 2010 and collaborates with individuals and organizations on sitespecific projects and curatorial presentations. MAA utilizes various artistic methods to record and present an archive of urban and social experiences that engage with contemporary ideas relating to urbanism, post-colonialism and personal pedagogy. Since its founding, MAA has collaborated with and temporarily occupied spaces at Malaspina Printmakers Society (Vancouver, Canada), Stichting Duende (Rotterdam, The Netherlands), Galerie Transit (Mechelen, Belgium) and most recently the Fonderie Darling (Montreal, Canada).