Locality as an anchor 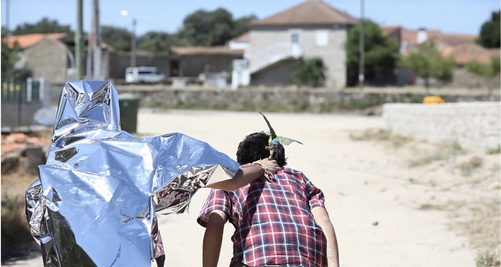 Locality as an anchor

It would be better if the metaphors of ‘roots’ and ‘uprooting’ (…) were abandoned and replaced by the tropes of the casting out and drawing up of anchors.

Indeed (…) there is nothing irrevocable, let alone ultimate, in drawing up an anchor. When they are torn out of the soil in which they grew, roots are likely to desiccate, killing the plant they nourished and making its revival border on the miraculous – anchors are drawn up only to be cast out again, and they can be cast out with similar ease at many different, near or distant ports of call.

(…) All in all, the metaphor of anchors captures what the metaphor of uprooting misses: the intertwining of continuity and discontinuity in the history of all or at least of a growing number of contemporary identities.

This fragment from Zygmunt Bauman’s book The art of life (2008) synthetizes my views on locality, in particular in these days of extreme mobility and communication. Being a rootless person myself, I conceive the local as a specific situation in a given place, susceptible to constant alterations and reconfigurations. I was very lucky that the anchors of these three artists met mine in a given moment, and this contribute arises from those encounters.

The imaginary of the Luísa Mota (Porto, 1984, lives in London) is articulated through a crossing between extreme rurality, exotic mythologies and the absurd visions of outer space films from the mid-twentieth century.

The performative, photographic and video works produced by the artist put in action an unique and personal vocabulary that is certainly hermetic and difficult to grasp, but whose radical idiosyncrasy makes of Luísa Mota one the most original artists of her generation. Her works are populated by apparitions, of animated and inanimated beings, often humanoids or human-like figures and presences, who find different modes of relating to the space, the objects and the individuals around them.

Often these characters develop apparently irrational actions or eccentric behaviours, and their presence can hardly be ignored, even if it only takes place during fleeting moments in time.

Like spirits, these beings and forms have a recurrent presence throughout Mota’s production, returning frequently to inhabit new contexts and situations, and thus producing a red thread of appearances and familiar acquaintances that traverses the artist’s videos, installations, performances and events.

Living and working in London, the artist often brings to an international scenario the sprit and environment of a rural Portugal, which is embedded in a sci-fi aura. 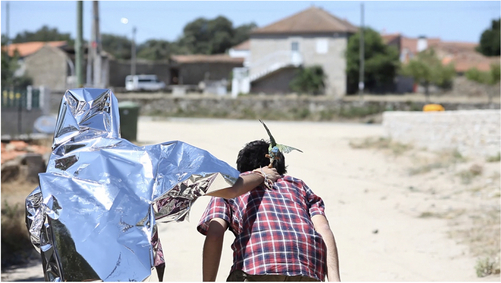 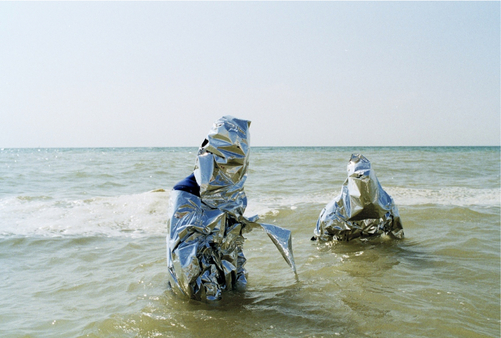 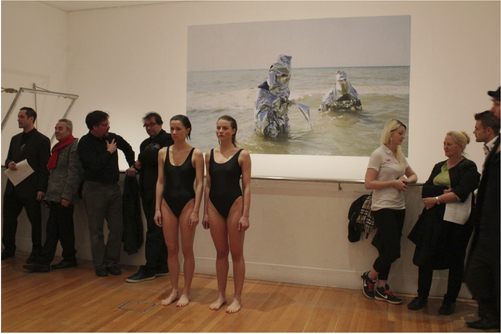 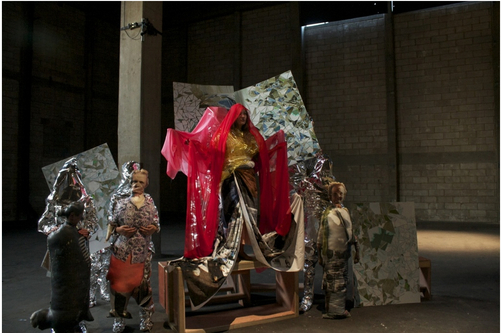 Riccardo Benassi (Cremona, 1982, lives in Berlin) has a dangerous mind. The encounter with his lucid eyes and endless flux of thoughts, transmitted through his projects and works, offers the risk of forever conditioning our form of seeing and relating to the world around us.

A philosopher of the present, he helps the world by revealing mystic truths (to stay with Bruce Nauman), which appear as clear as water once he enounced them and shared them with the others.

Benassi’s works are the result of an articulated assemblage of images, sounds, colours, texts, design objects, and diverse materials, which are put together to generate large-scale installations, videos, performances, artist’s books and sculptural elements in which the visual part is such one of the many elements that compose the final result. This combination of material and immaterial substances places him in the threshold between a spatial practitioner, a researcher, a theoretician and an experimental musician.

Frequently collaborating with others, Benassi is one of the most interesting agitators of the European underground experimental music scene, since 2004 he is, together with musician Valerio Tricoli, the creator and promoter of the project Phonorama, a collaborative live electronics. In 2006 he founded, together with Claudio Rocchetti, the audio-visual duo OLYVETTY. 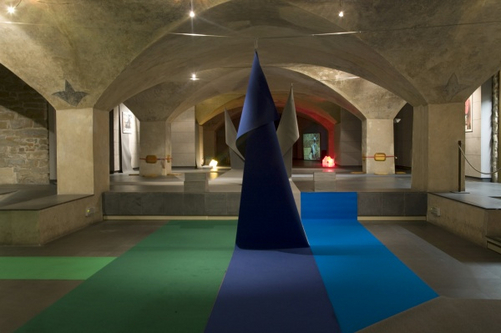 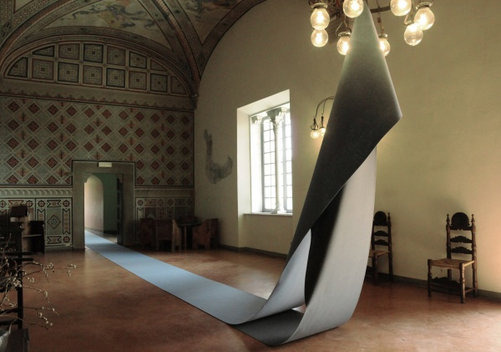 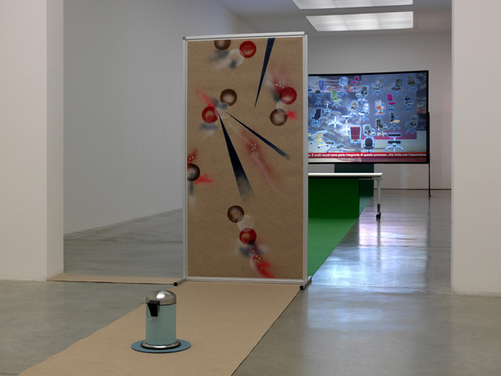 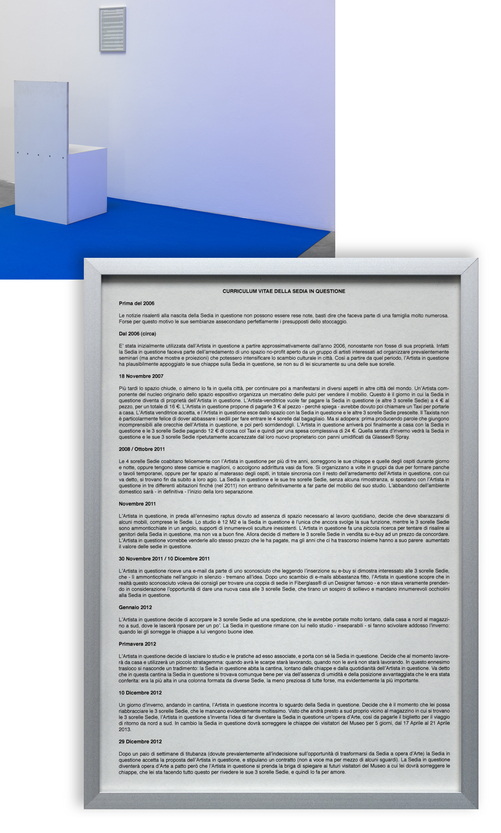 “As performer and visual artist, my process has to do with poor transmission: linked to orality, my readings and sound pieces have little or no associated images, and when there is a recording, it isn’t meant to be durable. My performative gestures are often self-referential and resemble picaresque tributes – the derived visual objects are just precarious physical evidence. I remain attached to life at ground level and the ordinary stories told and finally forgotten.”

With these words António Contador (*1971, Vitry-sur-Seine, lives in Paris) describes his practice, which is based not in the production of objects but in the activation of events and situations. Contador often uses materials and data from the past, such as photographs, films, audio fragments, upon which he overlays with a very particular process of subjectivation in which the alien and unknown often become familiar and interiorized.

Interested in cultural memory as much as in the immaterial value of material culture, throughout his works, projects and performances, António Contador celebrates, tests and observes the relationships between individuals and how they shape narratives and condition the transmissions of all sorts of information. 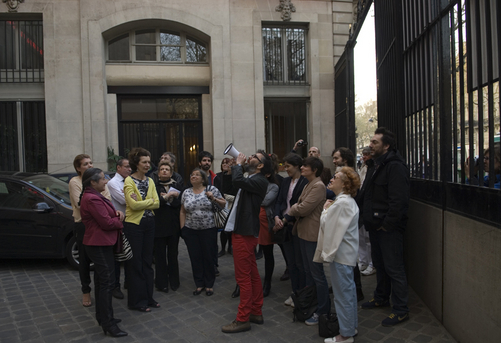 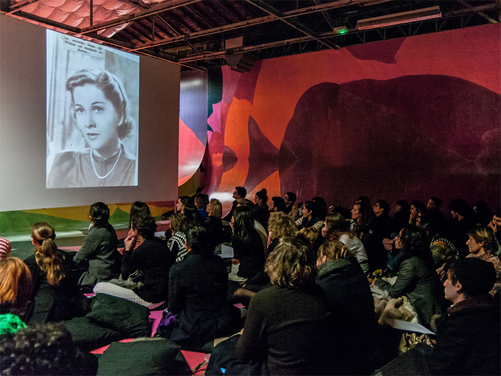 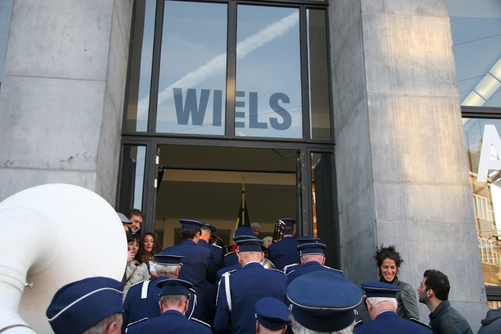 Filipa Ramos (b. 1978, Lisbon) is an art critic based in London. She has lectured at several universities and educational institutions in Europe and is currently teaching in the Department of Visual and Performing Arts of IUAV – University of Venice and in the Experimental Film MA program of Kingston University, London. She coordinated “The most beautiful Kunsthalle in the world” research and editorial project at Fondazione Antonio Ratti, Como, and collaborates with the Swiss Institute of Rome.

Ramos is currently curator of Vdrome, a programme of screenings of films by visual artists and filmmakers. She is former Associate Editor of Manifesta Journal, former curator of the Research Section of dOCUMENTA (13), and co-author of the book Lost and Found – Crisis of Memory in Contemporary Art (Silvana Editoriale, Milan, 2009). She has been a guest curator at several public and private art spaces and is a regular contributor to several international publications.

Vdrome is an online platform that offers regular, high quality screenings of films and videos directed by visual artists and filmmakers, whose production lies in-between contemporary art and cinema. Each screening is presented during a limited period, as in a movie theatre. Vdrome makes available a program of exceptional artists’s films and videos that are selected due to their importance, quality and innovative strength, many of which are only shown in the context of film festivals, exhibitions or specific surveys, being therefore of very limited access. Vdrome is an initiative conceived and promoted by Mousse. and it is curated by Edoardo Bonaspetti, Jens Hoffmann, Andrea Lissoni and Filipa Ramos.