Some things are mostly kept within. What reaches the outside world is filtered by matter, space and time, and interpreted by the experience of the observer. Inside stories are by nature mostly ambiguous and some remain secrets untold.

Living isolated can with time create an illusory experience where the outside world suddenly becomes a mirror of ones inner world. Ones outlook becomes inseparable from ones internal representation of reality.

“Insula” is the Latin origin of “island” and “isolation”. Gotland is situated in the Baltic Sea, isolated by water. The experience of our separated self emerges through the “insular cortex” of the brain. The isolated earth is suspended in infinite space.

The local perspective and the global within, inside stories told by three artists that live or have lived on Gotland.

In “Tvillingväg” (Twin Road), Maria Lilja turned a piece of land in the parklands of Görväln castle into two paths that appear identical at a first glance. Reflections and symmetry are common within architecture. Nature on the other hand has a capacity of endless variation and creates uniqueness.

In a time when our freedom can be perceived as increasingly limited, we often hear that the options are endless. But if all options are alike or if we are unable to grasp the consequences of our choices, what freedom do we really possess?

In Maria Lilja's works, we face inherent contradictions. What looks like simple choices at first, is made complex and transformed into something that are likely to create confusion as opposed to clarity. 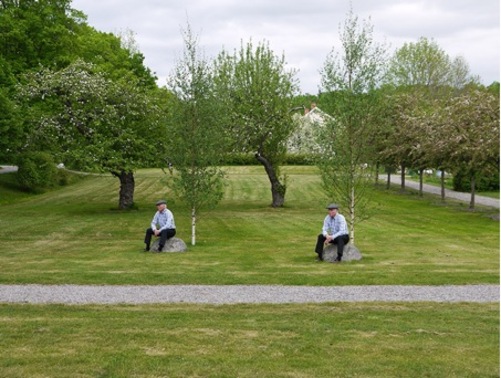 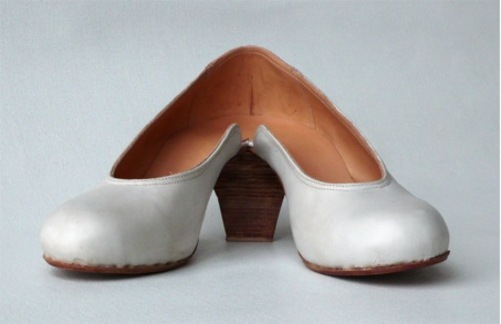 C. Anders Wallén's photographs are direct and straight on the target rather than ambiguous. They seem to be dealing with what is. Old sculptures are wrapped in plastic material for protection against exhaust. The “Voidoffice” awaits for someone to take the seat. The stop sign is stopping us. Maybe it's the direct to the speech that leaves room for emotions like anger, discomfort, indifference or even resignation.

The photographs show physical environments empty of people that can represent human conditions. We are facing ourselves in a distorting mirror. Is it desirable or even possible to live in this world that we created? 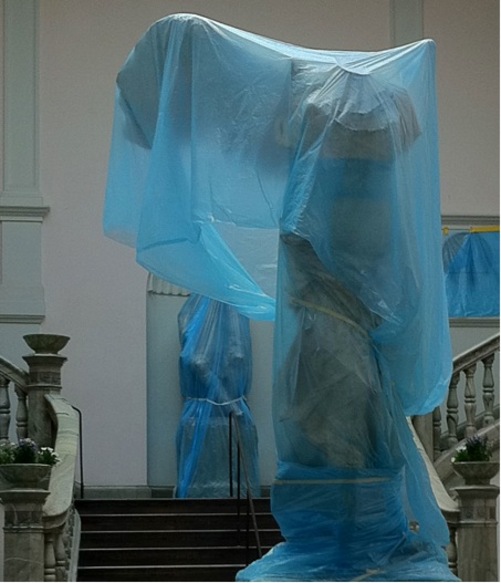 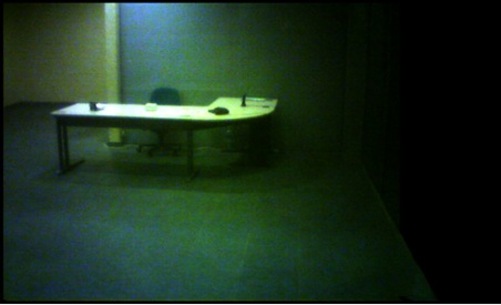 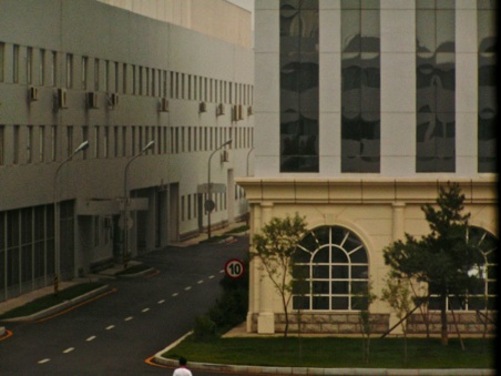 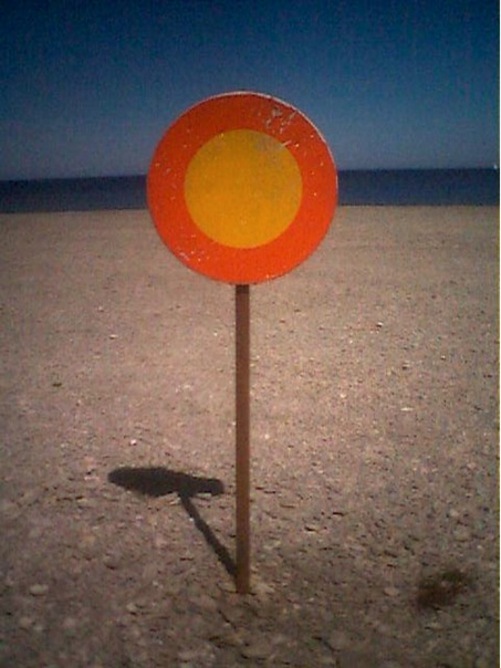 The everyday objects that we surround ourselves with have a profound meaning in Karin Landin Larsson’s paintings. They become important and meaningful through the memories they carry. Symbols and signs together with what could be read as visualised flashbacks form a map to understand and move into an internal landscape.

We are invited to see, to become observers, looking out of windows. The curtain hangs discretely at the edge of our view. But is it an external or internal reality we are looking at? Is the curtain there for us to pull out in front of what we do not want to see? 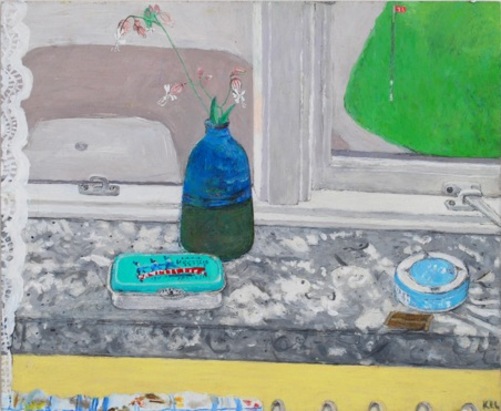 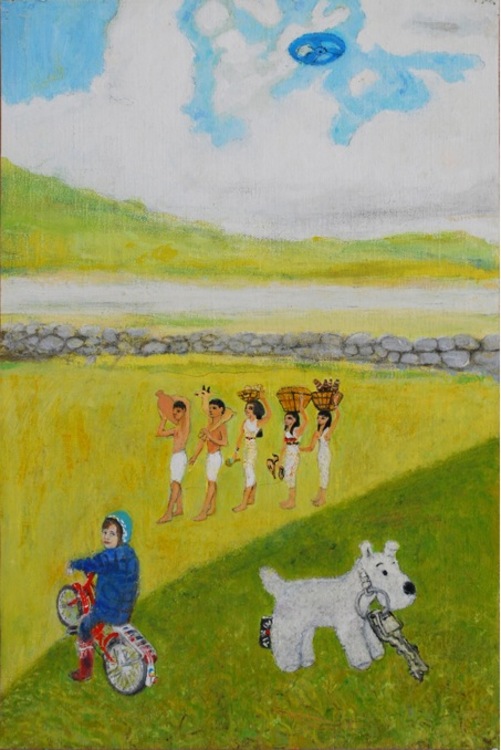 Mona Malmström is an artist/curator based in Visby who takes an active part in Gocart Gallerys management and operations.

Gocart Gallery is an artist run gallery in Visby. Our aim is to show contemporary art. The gallery also serves as a vital cultural focal point for both members and guests.